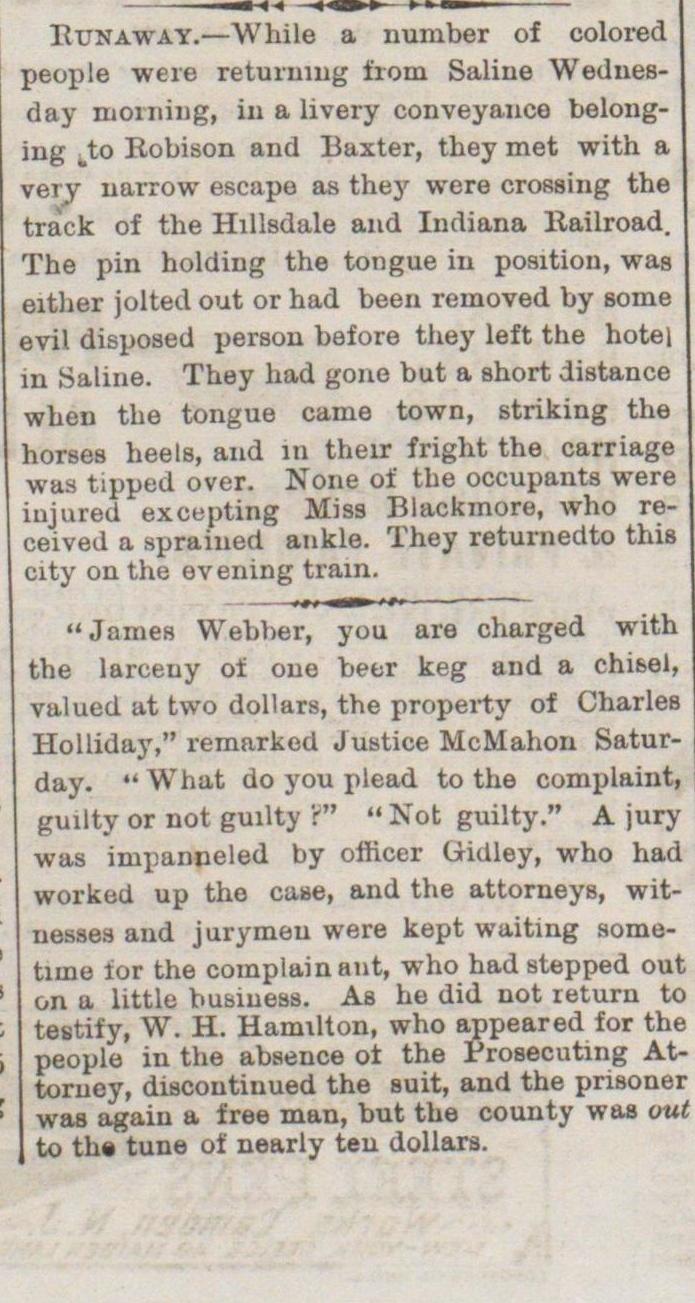 ■ W hile a immber of colored people were returmng Hom feaime wetniesday nioming, in a livery conveyauco beïongiug _to Robison and Baxter, they met with a veTy ïiarrow escape as thejr were croasing the track of the Hillsdale and Indiana Raüroad. The pin holding the tongue in position, was either jolted out or had been removed by some evil disposed person before they left the hotel ín Saline. They had gone but a short distance when the tongue came town, striking the horses heels, and in their fright the carriage was tipped over. None of the occupants were iujured excepting Miss Blaokmore, who received a sprained ankle. ïhey returnedto this city on the evening train. "James Webber, you are charged with the larceuy of 011e beer keg and a chi&el, valued at two dollars, the property of Charles Holliday," remarked Justice McMahon Saturday. " What do you plead to the complaint, gmlty or not guilty 't" "Notguilty." A jury was irupanneled by officer (iidley, who had worked up the case, and the attorneys, wituesses and jury men were kept waiting sometime ior the complainant, who had stepped out on a little business. As he did not return to testify, W. H. Hamilton, who appeared for the people in the absence of the Prosecutmg Attoruey, discontinued the suit, and the prisoner was agaiu a free man, but the county was out I to th tune of nearly ten dollars.