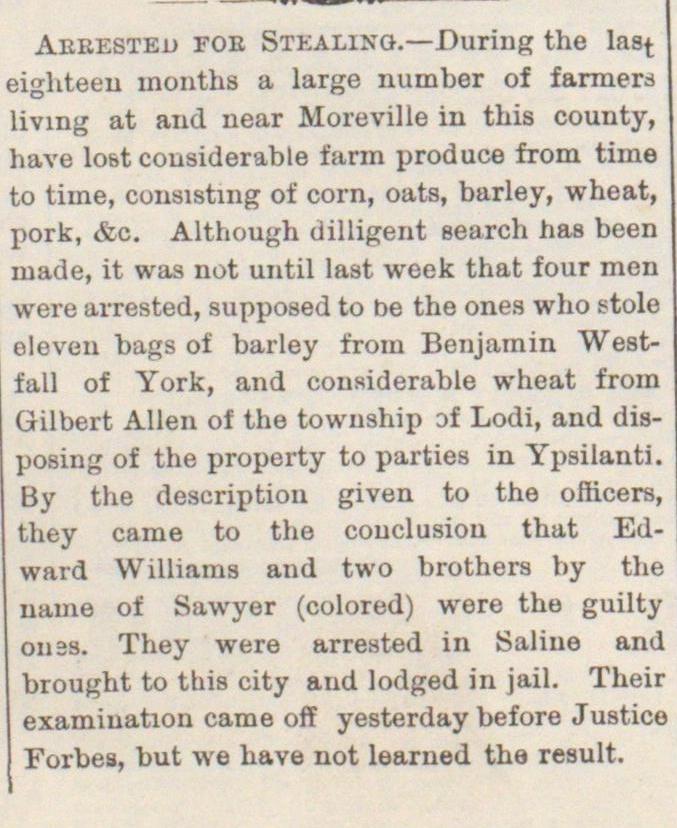 eighteeu ïnonths a large number of farmers living at and near Moreville in this county, have lost considerable farm produce from time to time, cunsisting of corn, oats, barley, wheat, pork, &c. Although dilligent search has been made, it was not until last week that four men were arrested, supposed to be the ones who stole eleven bags of barley from Benjamin Westfall of York, and considerable wheat from Gilbert Allen of the township af Lodi, and dispooing of the property to parties in Ypsilanti. By the descriptiou given to the ofticers, they came to the conclusión that Edward Williams and two brothers by the name of Sawyer (colored) were the guilty onss. They were arrested in Saline and brought to tliis city and lodged in jail. Their examiuation came off yesterday before Justice Forbes, but we have not learned the result.