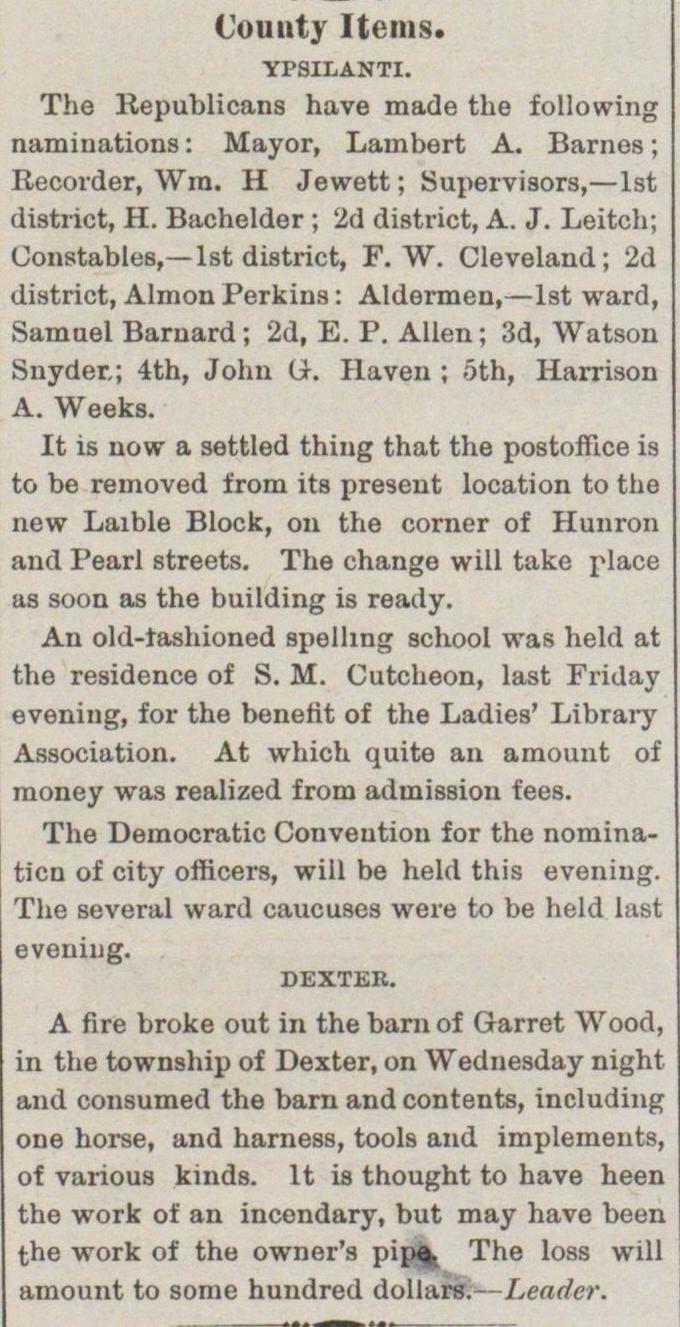 The Republicana have made the following amiuations : Mayor, Lambert A. Barnes ; lecorder, Wra. H Jewett ; Supervisors, - lst istrict, H. Bachelder ; '2d district, A. J. Leitch; Constables, - lst district, F. W. Cleveland; 2d istrict, Almon Perkins : Aldermen, - lat ward, amuel Barnard ; 2d, E. P. Allen ; 3d, Watsan nyder; 4th, John G. Haven ; öth, Harrison A. Weeks. It is now a settled thing that the postoffice is o be removed trom its present location to the ïew Laible Block, on the corner of Hunron nd Pearl streets. The change will take place s soon as the building is ready. An old-tashioned spelling school was held at ,he residence of S. M. Cutcheon, last Friday veniug, for the benefit of the Ladies' Library LSsociation. At which quite an amount of money was realized from adinission fees. The Democratie Conveution for the nomina;icu of city oiïicers, will be held this evening. ?he several ward caucuses were to be held last evening. DEXTEK. A fire broke out in the barn of Garret Wood, in the township of Dexter, on Wednesday night and consumed the barn andcontents, including one horse, and harness, tools and implemeuts, of various kinds, lt is thought to have heen the work of an incendary, but may have been the work of the owner's pip, The loss will amount to some hundred