Death Of An Old Settler 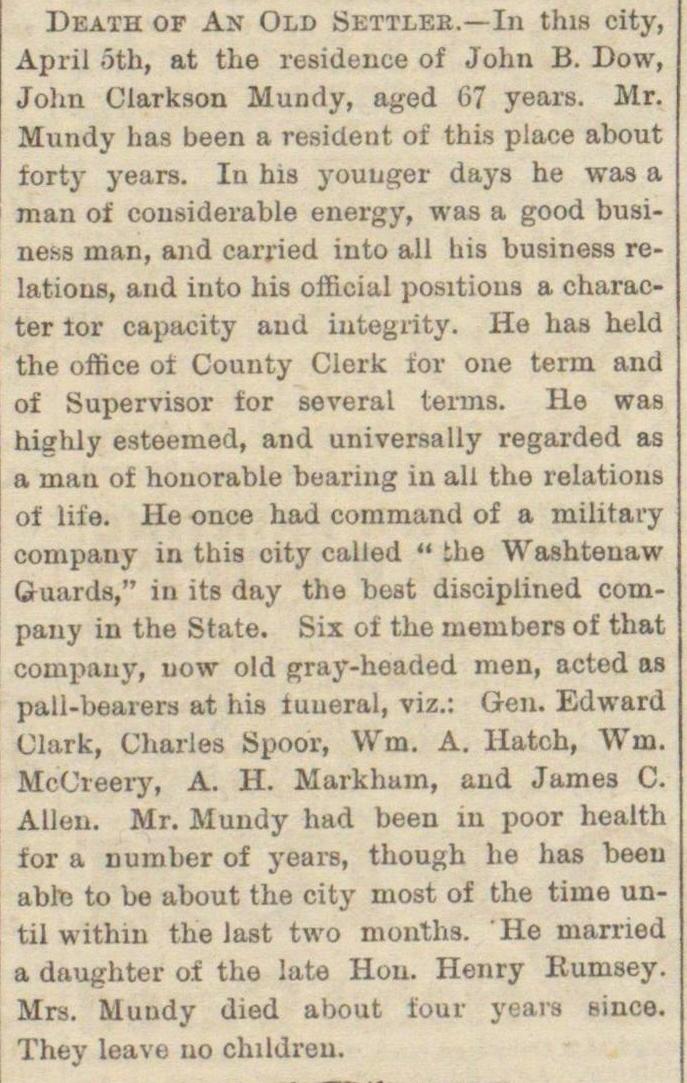 pril óth, at the residence of John B. Dow, John Clarkson Mundy, aged (57 years. Mr. Mundy has been a resident of this place about orty years. Iu his youuger days he was a man oí considerable energy, was a good busiess man, and carried into all liis business reatious, and into his official positious a characr tor capacity and iutegrity. He ha held ie office ot County Clerk tor one term and ! Supervisor tor several terms. He was ïshly esteemed, and universally regarded as man of honorable bearing in all the relations f lite. He once had comm&nd of a military ompany in this city called " the Washteuaw uards," in its day the best disciplined comany in the State. Six of the menibers of that ompany, uow old gray-headed men, acted as all-bearers at his iuueral, viz.: Gen. Edward lark, Charles Spoor, VVm. A. Hatch, Wm. IcCreery, A. H. Markham, and James C. Hen. Mr. Mundy had been ui poor health or a number of years, though he has been bic to be about the city most of the time un1 within the last two months. He married dnughter of the late Hon. Henry Rumsey. s. Mundy died about tour years since. 'hey leave no children.