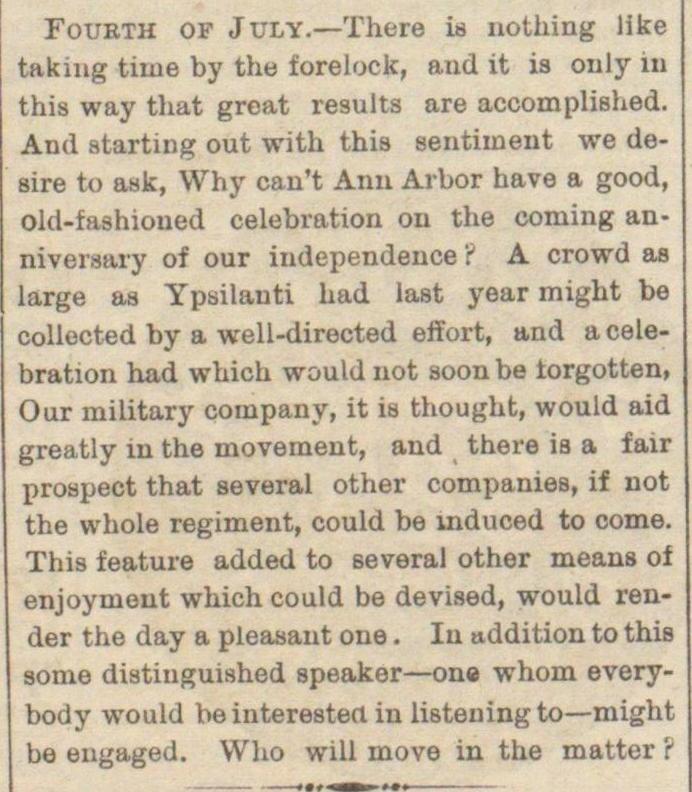 aking time by the forelock, aud it ia ouly in lis way tliat groat resulta are accomplished. And atarting out with thiB sentiment we desire to aak, Why cau't Ann Arbor have a good, okl-fashioued celebration on the coming anniversary oí our iudependence f A crowd as large as Ypsilanti had last year might be collocted by a well-directed effort, and a celebration had which would not soonbe torgotten, Our military company, it is thought, would aid greatly in the movemeut, aud there is a fair proapect that several other companies, if not the whole regiment, could be induced to come. This feature added to several other means of enjoymeut which could be devised, would render the day a pleasaut one . In addition to this some distinguished speaker - one whom everybody would be interesten in listeningto - might be engaged. Who will move in the matter 't