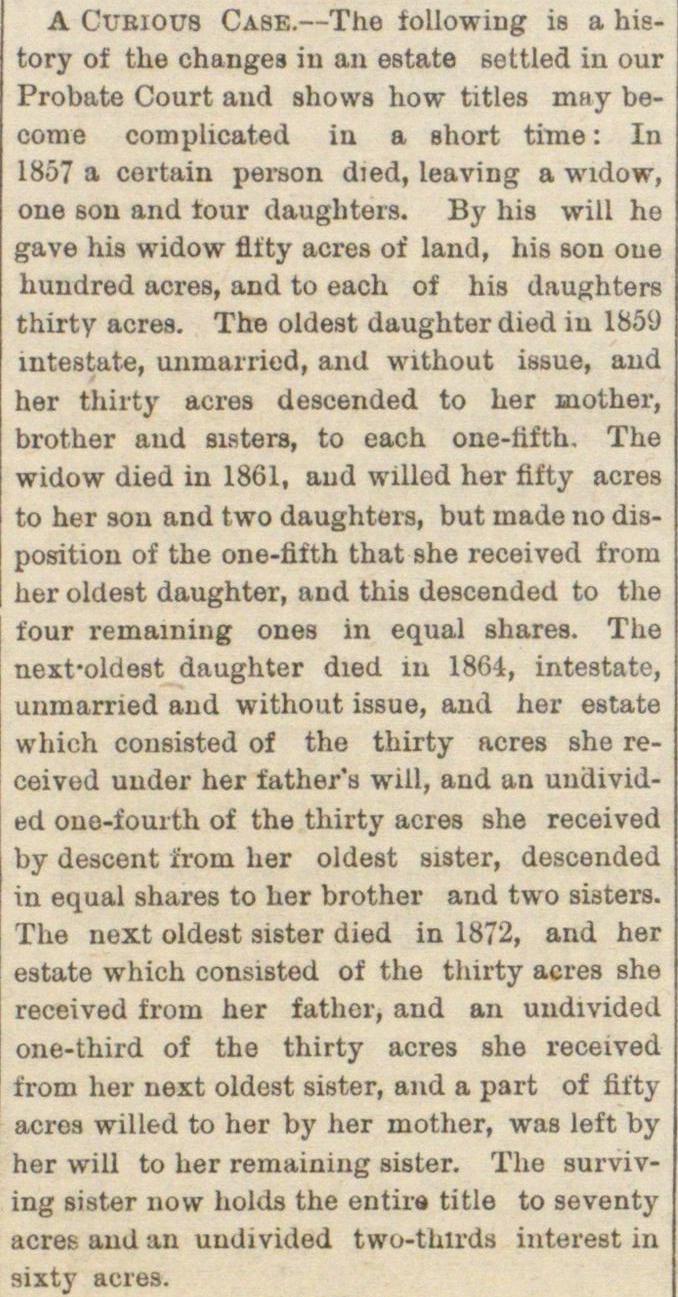 tory of the changea in an estáte eettled in our Probate Court and shows how titles muy become complicated in a short time : In 1857 a certain person died, leaving a widow, one 6ou and tour daughters. By his will he gave his widow flfty acres of land, his son oue hundred acres, and to each of his daughters thirty acres. The oldest daughter died in 1851) ïntestate, uuinarricd, and without issue, and ler thirty acres descended to her mother, brother and sisters, to each one-h'fth. The widow died in 1861, and willed her fifty acres to her sou and two daughters, but made no disjosition of the one-fifth that she received from ler oldest daughter, and this descended to the our remaming ones in equal shares. The ext-oldest daughter died in 1864, intestate, nmarried and without issue, and her estáte 'hioh consisted of the thirty acres she reeived uuder her father's will, and an undividd oue-fourth of the thirty acres she received )y descent irom her oldest sister, descended n equal shares to her brother and two sisters, 'he next oldest sister died in 1872, and her state which consisted of the thirty acres she eceived from her fathor, and an uudivided ne-third of the thirty acres she received rom her next oldest sister, and a part of fifty eres willed to her by her mother, was left by er will to her remainiug sister. The survivng sister now holds the entira title to seventy crefe and un undivided two-tlurds interest in xty acres.