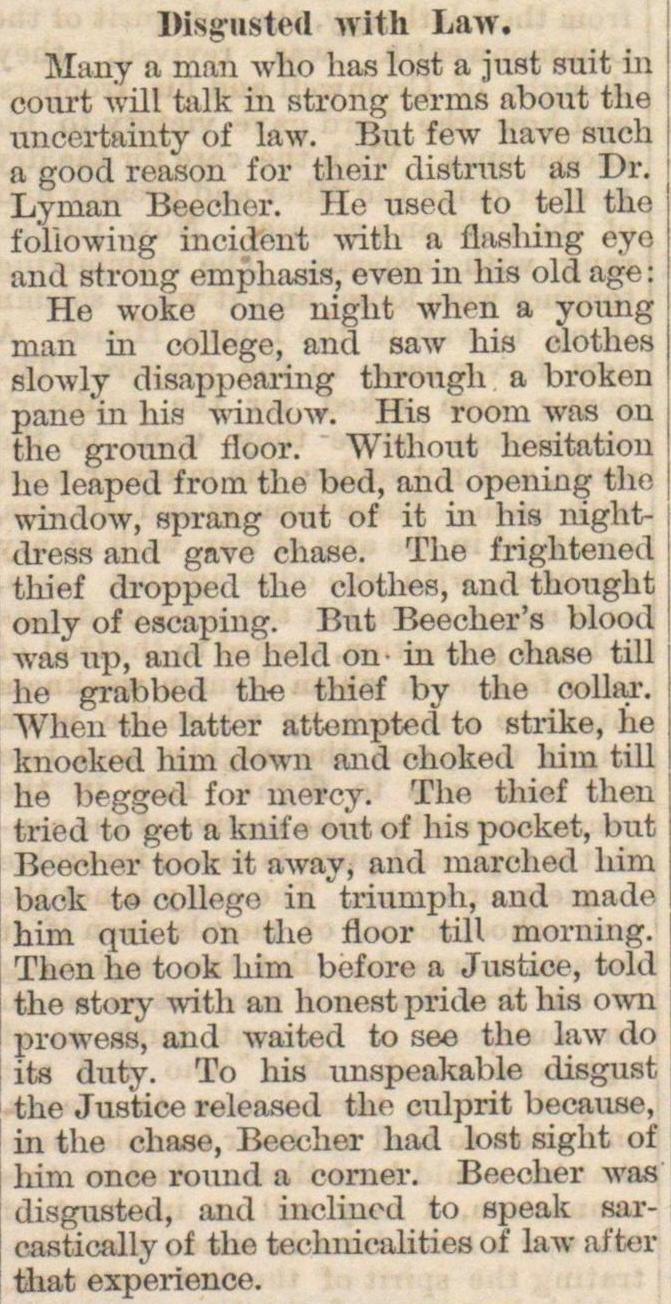 Many a man who has lost a just sint m coiirt will talk in strong ternas abont the imeertainty of law. But few have such a good reason for their distrust as Dr. Lyman Beecher. He tosed to teil tho j foliowing incident with a ftaehing eya and strong emphasis, even in his oíd age : He woke one night when a young man in college, and saw his clothes slowly disappearing through a broken pane in his window. His room was ou the gronnd floor. Without hesitatiou he leaped from the bed, and opening the window, sprang out of it iii his nightdress and gave chase. ïhe frightened thief dropped the clothes, and thought only of escaping. But Beecher's blood ' was up, and he held in the chase till he grabbed the thief by the collar. Wheu the latter attemptecï to strike, he knocked him down and choked him till he begged for mercy. Tlie thief then tried to get a knife out of his pocket, but Beecher took it away, and marched him back to college in triumph, and made him quiet on the floor till morning. Then he took him before a Justice, told the story with an honest pride at his own prowess, and waited to see the law do its duty. To his unspeakable disgust the Justice released the culprit because, in the chase, Beecher had lost sight of him once round a corner. Beecher was disgusted, and inclmed to speak sareastieally of the teehnicalities of law nftcr tiiat experience.