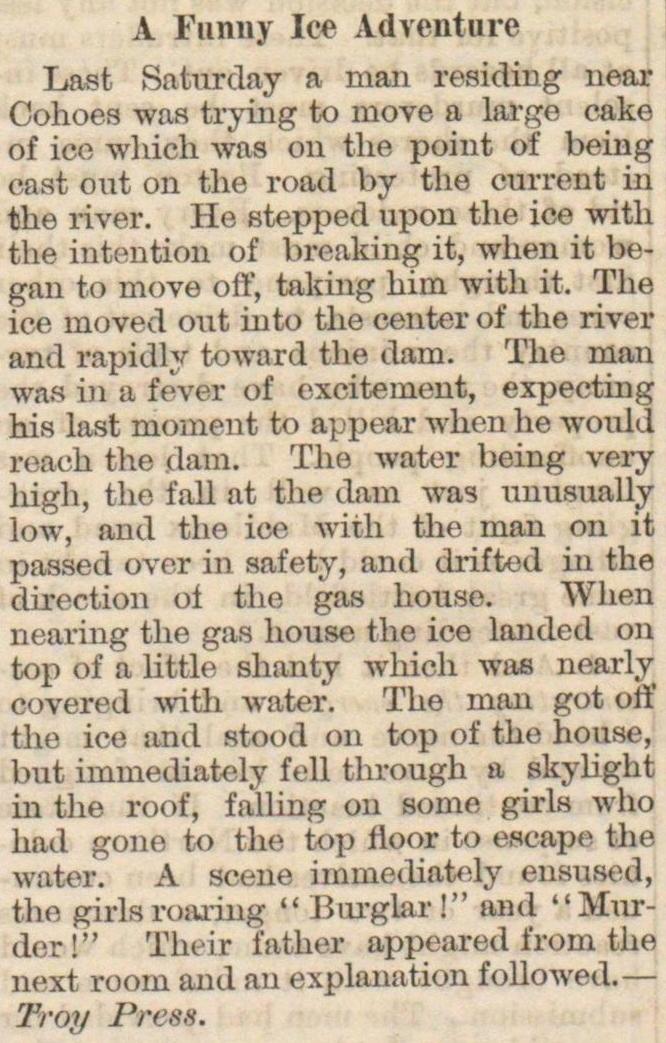 Last Saturday a man residing near Cohoes was trying to move a large cake of ico whieh was on the point oí being Beat out on the road by the current in the river. He stepped upon the ice with the intention of breaking it, when it began to move off, taking him with it. The ice moved oiit into the center of' the river and rapidly toward tlie dam. The man was in a fever of excitement, expecting his last moment to appear when he wmild reftch the dam. Era water being very high, the fall at the dam was unusually low, and the ice with the man on it passed over in safety, and drifted in the direction ol the gas house. When nearing the gas house the ice lamled on top of a little shanty which was nearly covered with water. The man got oft' the ice and stood on top of the house, but immediately feil through a skylight in the roof, falling on some girls who had gone to the top fioor to escape Uuwater. A scène immediately ensused, the girls roiu-ing " Bm-glar!" and "Murder!" Their father appeared from the next room and an explanation followed. -