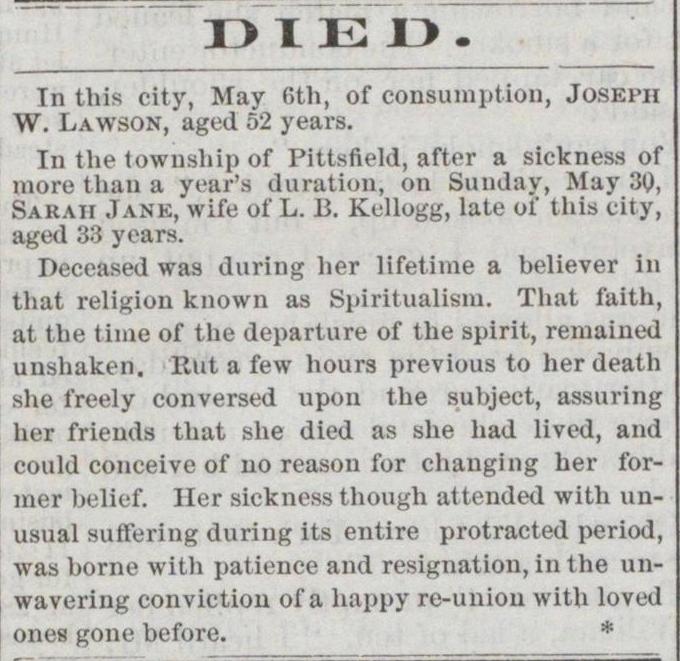 In this city, May fith, of consumption, Joseph W. Lawson, aged 52 years. In the township of Pittsfield, after a sickness of more toan a yrai's duration, on Sunday, May 30, Sarah Jane, wife of L. IJ. Kullogg, late of this city, aged ;■: years. Deccased was during lier llfetime a believer in that religión known as Spirituallsm. That iaith, at the time of the departure of the spirit, reraained unshaken. Rut a few hours previous to her death she freely conversed upon the subject, assuring her friemls that she died as she had lived, and could conceive of no reason for chauging her fornifi- belief. Hei aickness though attended with unusual suffering during its entire protracted period, was borne with patienoe and resignation, in tlie nnwaveriug conviction of a happy re-union with loved ones gone before.