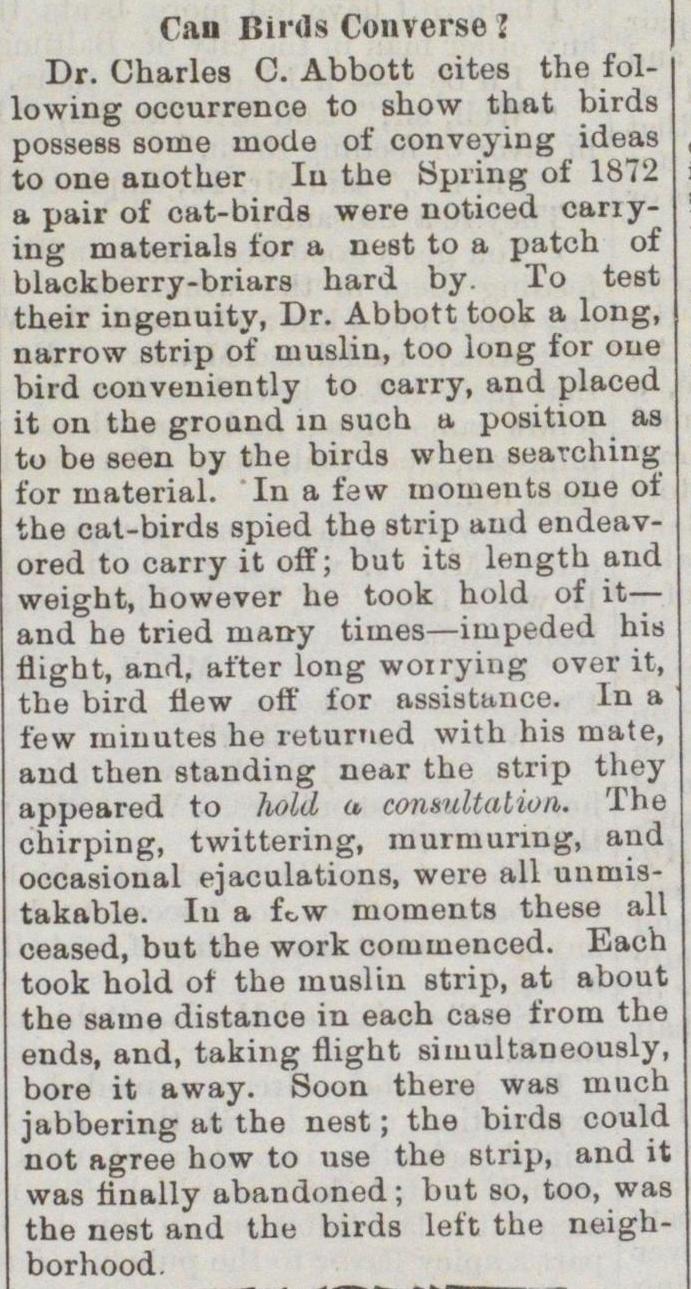 Dr. Charles C. Abbott cites the following occurrence to show that birds possess aome mode ot' conveying ideas to one another Iu the Spring of 1872 a pair of cat-birds were noticed canying materials tor a nest to a patch of blackberry-briar8 hard by. Xo test their ingenuity, Dr. Abbott took a long, narrow strip of uiuslin, too long for oue bird couveniently to carry, and placed it on the ground in such a position as to be seen by the birds when seavching for material. In a few moiuents one of the cat-birds spied the strip and endeavored to carry it off; but its length and weight, however he took hold of it - and he tried man-y times - impeded his flight, and, after long woiryiug over it, the bird üew off lor assistance. In a few minutes he returned with his mate, and then standing near the strip they appeared to hold a, conèultation. The chirping, twittering, murmunng, and oocasioual ejaculations, were all uuniistakable. In a few moments these all ceased, but the work comuienced. Each took hold oí the muslin strip, at about the same distance in each case trom the ends, and, taking flight simultaneously, bore it away. Soon there was nmch jabbering at the nest ; the birds could not agree how to use the strip, and it was nnally abandoned ; but so, too, was the nest and the birds left the neighborhood.