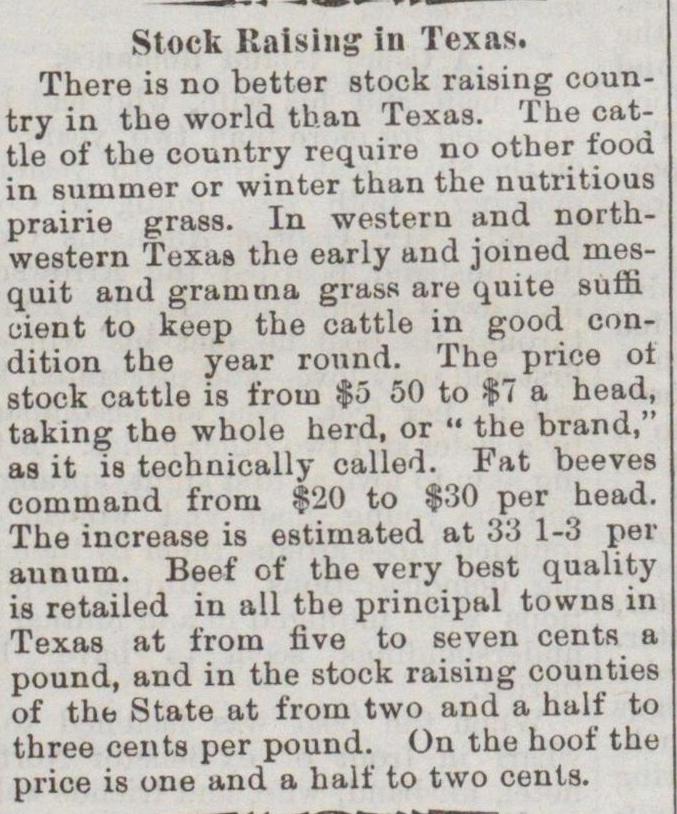 There is no better stock raising country in the world tban Texas. The cattle of the country require no other food in glimmer or winter than the nutritious prairie grass. In western and northwestern Texas the early and joined va.esquit and gram ma grass are quite suffi uient to keep the cattle in good condition the year round. The price ot stock cattle is frotu $5 50 to $7 a head, taking the whole herd, or " the brand," aa it is technically called. Fat beeves command froru $20 to $30 per head. The increase is estimated at 33 1-3 per annum. Beef of the very best quality is retailed in all the principal towns in Texas at trom five to seven cents a pound, and in the stock raisiug counties of thb State at from two and a half to three cents per pound. ün the hoof the price is one and a half to two cents.