How She Cured His Jealousy 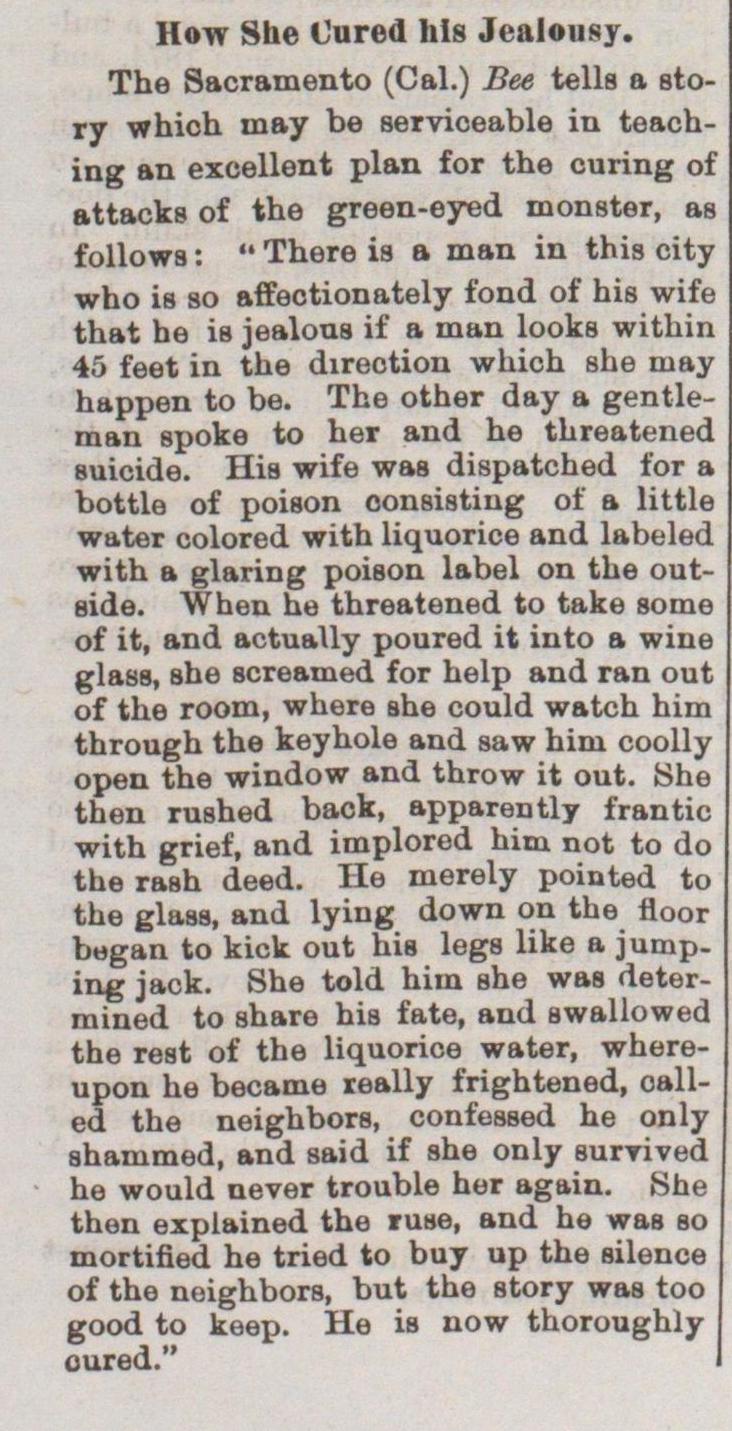 The Sacramento (Cal.) Bee tells a story whioh inay be serviceable in teaching an excellent plan for the curing of attacka of the green-eyed monster, as followa : " There ia a man in this city who is so affectionately fond of his wife that be is jealons if a man looks witliin 45 feet in the direction which ahe may happen to be. The other day a gentleman spoke to her and he threatened suicide. His wife was dispatched f'or a bottle of poiaon oonsisting oí a little water colored with liquorice and labeled with a glaring poison label on the outgide. Wheu he threatened to take gome of it, and actually poured it into a wine glass, she screamed for help and ran out of the room, where she could watch him through the keyhole and saw him coolly open the window and throw it out. She then rnahed back, apparently f ran tic with grief, and implored him not to do the rash deed. He raerely pointed to the glass, and lying down on the floor began to kick out his legs like a jumping jack. She told him Bhe was determined to share his fate, and awallowed the rest of the liquorice water, whereupon he became really frightened, oalled the neighbors, confessed he only shammed, and said if she only surrived he would never trouble her agaia. She then explained the ruse, and he waB so mortified he tried to buy up the silence of the noighbors, but the story waa too good to keep. He is now thoroughljr oured."