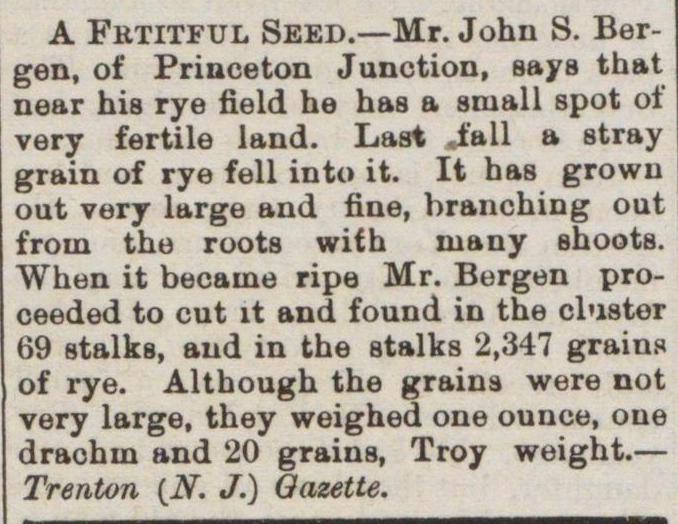 -Mr. John S. gen, of Princeton Junotion, saya that near his rye field he has a sniall spot oí very fertile land. Last J'all a stray grain of rye fell into it. It has growu out very large and fine, branching out froin the roots wifh aiany shoots. When it becaine ripe Mr. Bergen proceeded to cut it and found in the cluster 69 stalks, and in the stalks 2,347 grains of rye. Although the grains were not very large, they weighed one ounce, oue drauhm and 20 grains, Troy weight. -