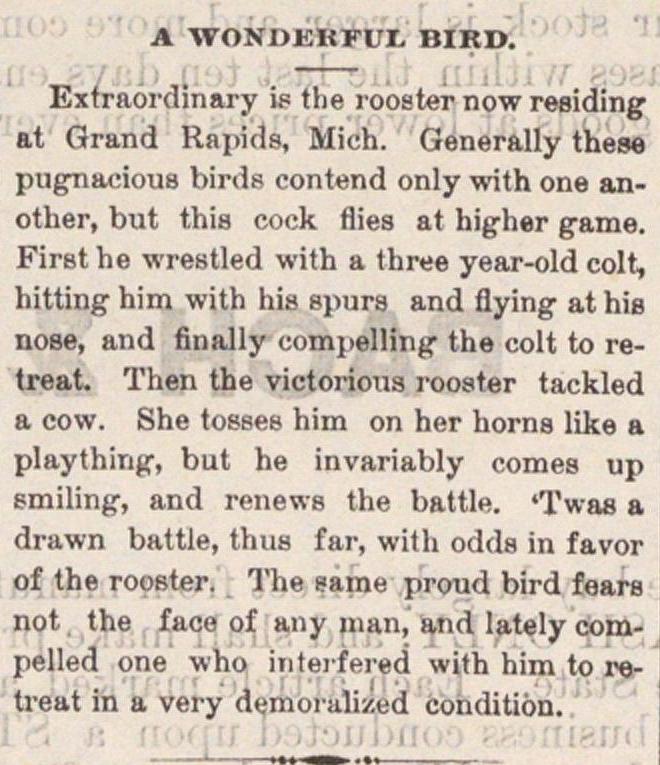 Extraordinary is the rooster now residing at Grand Rapids, IVIich. Generally these pngnacious birds contend only with one another, but this cock flies at bigher game. First he wrestled with a three year-old colt, liittmg him with his spurs and flying at his nose, and finally comjielling the colt to retreat Then the victorious rooster tackled a cow. She tosses him on her horns like a playthirijf, but he invariably comes up smiling, and renews the battl. 'Twas a drawn battle, thus far, with odds in favor of the rooster. The same proud bird fears not the face of any man, and lately compelled one who interfered with him to retreat in a very dtmoralizud corulitiön.