A Church With A History 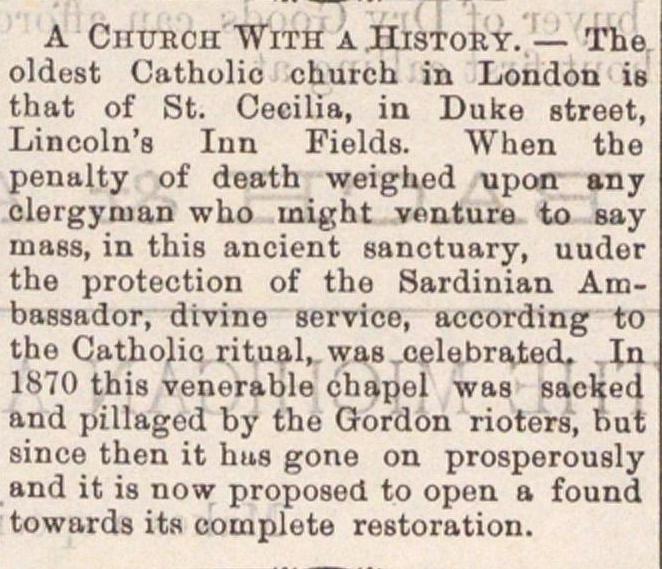 oldest Catholio church in London is that of St. Cecilia, in Duke street, Lincoln'a Inn Fields. When the penalty of death weighed upon any clorgyman who might vi'iituru to say inass, in thig ancient sanctuary, uudur the protection of the Sardinian AtnbaBsador, divino service, according to the Catholic ritual, was celebra,ted. In 1870 this venerable chapel was sacked and pillaged by the Gordon rioters, but since then it hus gone on prosperously and it is now proposed to open a found towards ita complete restoration.