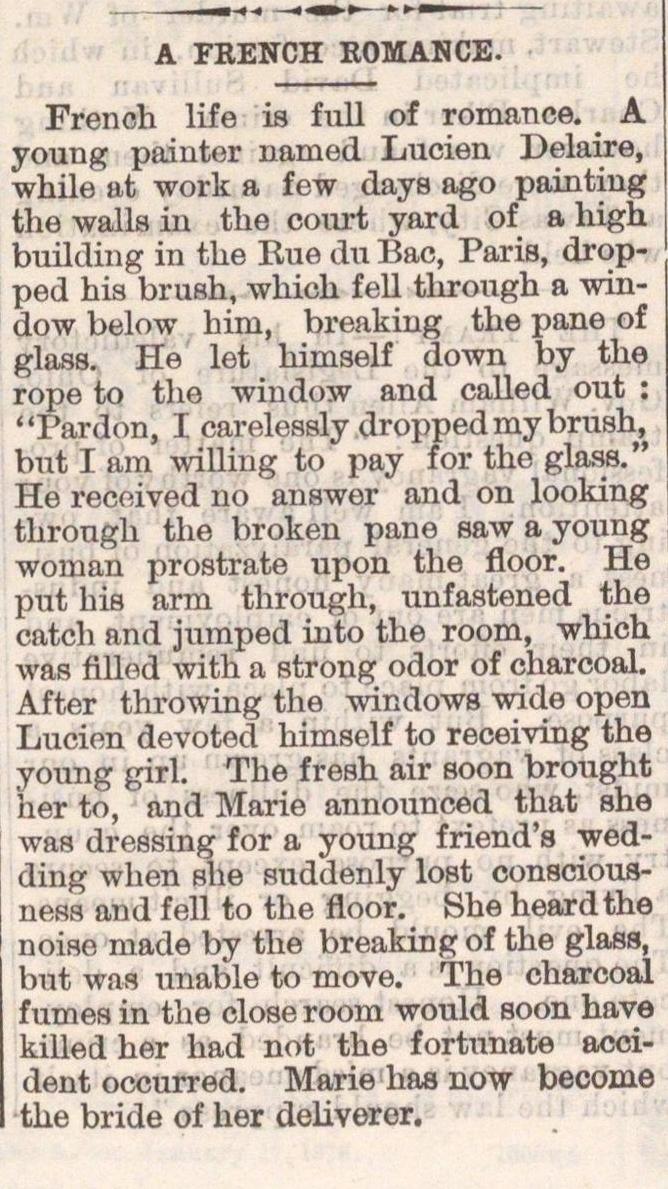 Frenoh life is full of romance. A young painter named Luoien Delaire, while at work a few days ago painting the -walla in tbe court yard of a high building in the Bue du Bac, Paris, dropped his brush, which feil through a window below hini, breaking the pane of glass. He let himself down by the rope to the window and called out : "Pardon, I carelessly droppedmy brush, but I am willing to pay for the glass." He received no answer and on looking throngh the broken pane saw a young woman prostrate upon the floor. He put his arm through, unfastened the catch and jumped into the room, which was fllled with a strong odor of charcoal. Af ter throwing the windows wide open Lucien devoted himself to reoeiving the young girl. The f resh air soon brought her to, and Marie announced that she was dressing for a young friend's wedding when she suddenly lost consciousness and feil to the floor. She heardthe noise made by the breaking of the glass, but was unable to move. The charcoal fumes in the close room would soon have killed her had not the fortúnate accident occurred. Marie has now become the bride of her deliveror.