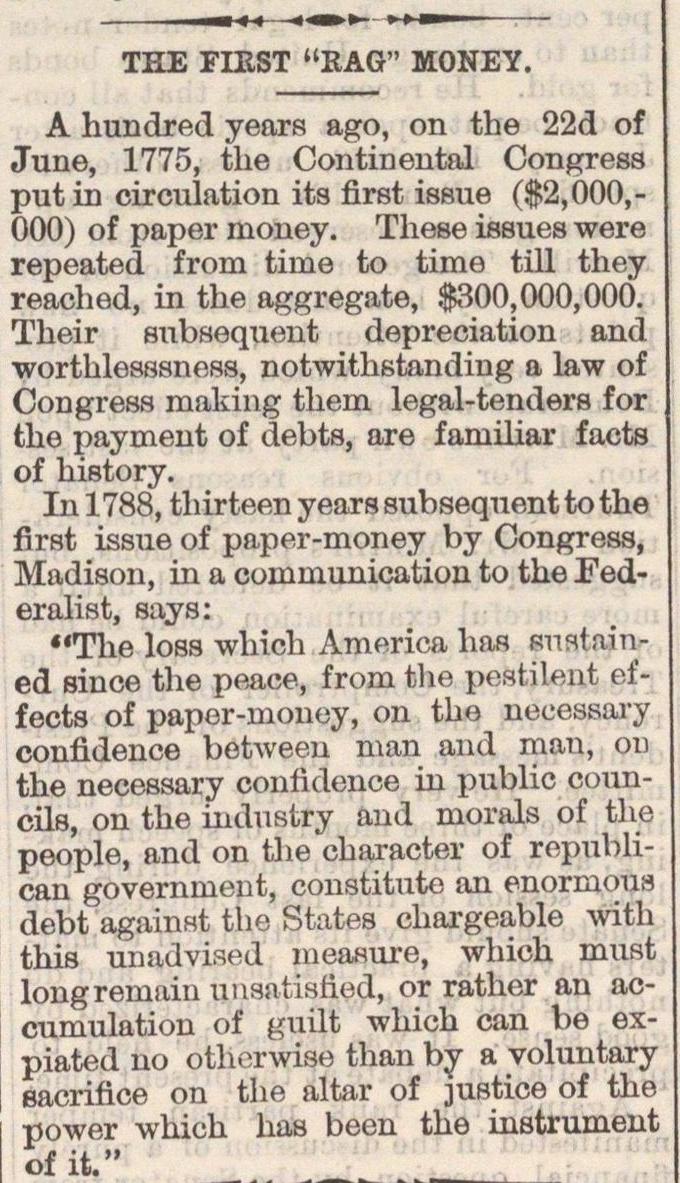 A hundred years ago, on the 22d of June, 1775, the Continental Congress putin circulation its first issue ($2,000,000) of paper money. These issues were repeated from time to time till they reached, in the aggregate, $300,000,000. Their subsequent depreoiation and worthlesssness, notwithstanding a law of Congress making them legal-tenders for the payment of debts, are familiar facte of history. In 1788, thirteen years subsequent to the first issue of paper-money by Congress, Madison, in a communication to the Federalist, says: "The loss which America has snstained since the peace, from tlie pestilent effects of paper-money, on the neeessary confidence between man and man, ou the necessary oonfldence in public councils, on the industry and moráis of the people, and on the character of republican government, constitute an enormous debt against the States chargeable with this unadvised nieamire, which must longremain unsatisfied, or rather an accumulation of guilt which can be expiated no otherwise than by a voluntary Bacrifice on the altar of justice of the power which has been the instrument fit,"