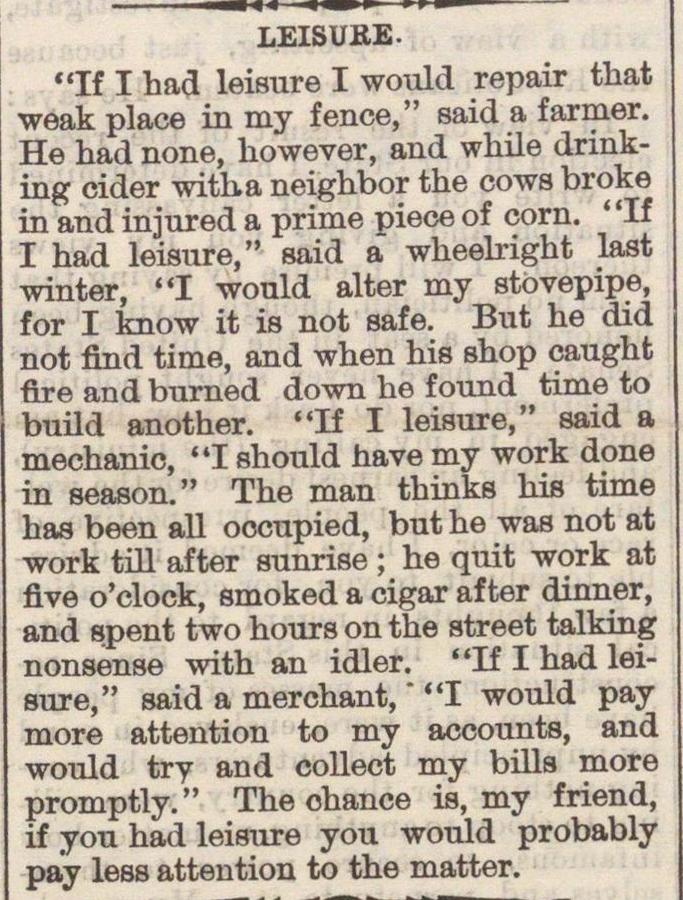 "If I had leisure I would repair that weak place in my fence," said a farmer. He had none, however, and while drinking cider witha neighbor the cows broke in and injured a prime piece of corn. ' 'If I had leisure," said a wheelright last winter, "I would alter my stóvepipe, for I know it is not safe. But he did not find time, and when his shop caught flre and burned down he found time to build another. "If I leisure," said a mechanio, "I should have my work done in season." The man thinks his time has been all oocupied, but he was not at work till after sunrise ; he quit work at five o'clock, smoked a cigar after dinner, and spent two hours on the street talking nonsense with an idler. "If I had leisure," said a merchant, " "I would pay more attention to my accounts, and would try and collect my bilis more promptly." The ohance is, my friend, if you had leisure you would probably pay less attention to the matter.