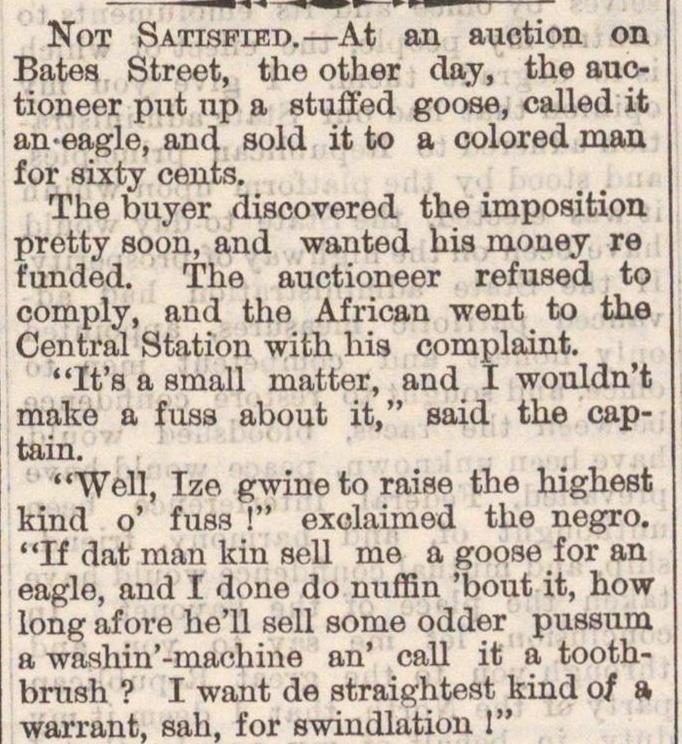 Batea Street, the other day, the auotioneer put up a stufied gooae, called it an-eagle, and aold it to a colored man for sixty cents. The buyer discovered the imposition pretty soon, and wanted his money re funded. The auctioneer refused to comply, and the African went to the Central Station with his complaint. "It's a small matter, and I wouldn't make a fuss about it," said the captain. "Well, Izo gwine to raise the highest kind o' fuss !" exolaimed the negro. "If dat man kin sell me a goose for an eagle, and I done do nuiEn 'bout it, how long afore he'll aell some odder pussum a washin'-machine an' cali it a toothbrush ? I want de straightest kind of a warrant, aah, for awindlation 1"