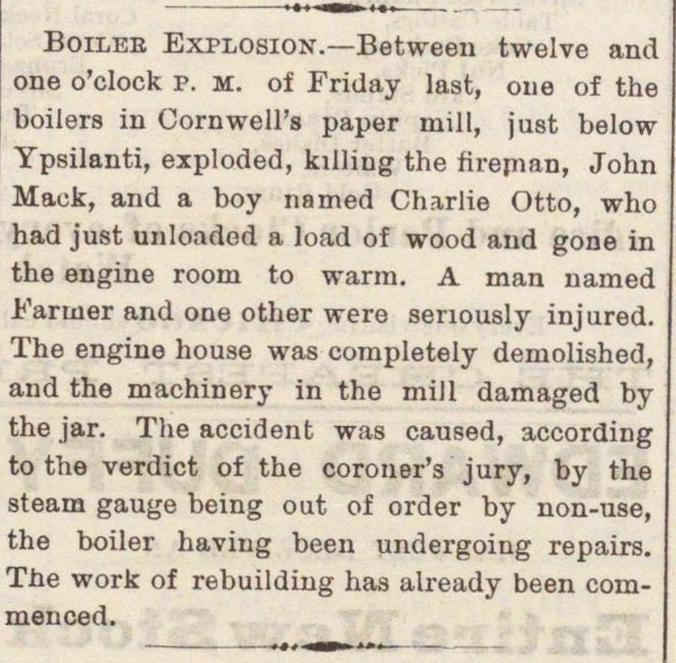 one o'clock p. m. of Friday last, oue of the boilers in Cornwell's paper mili, just below Ypsilanti, exploded, killiug the fireman, John Maok, and a boy named Charlie Otto, who had just unloadod a load of wood and gone in the engine room to warm. A man named Karuier and one other were senously injured. The engine house was oompletely deniolished, and the machinery in the mili damaged by the jar. The accident was caused, according to the verdict of the coroner's jury, by the steam gauge being out of order by non-use, the boiler haviug been undergoing repairs. The work of rebuilding has already been commenced.