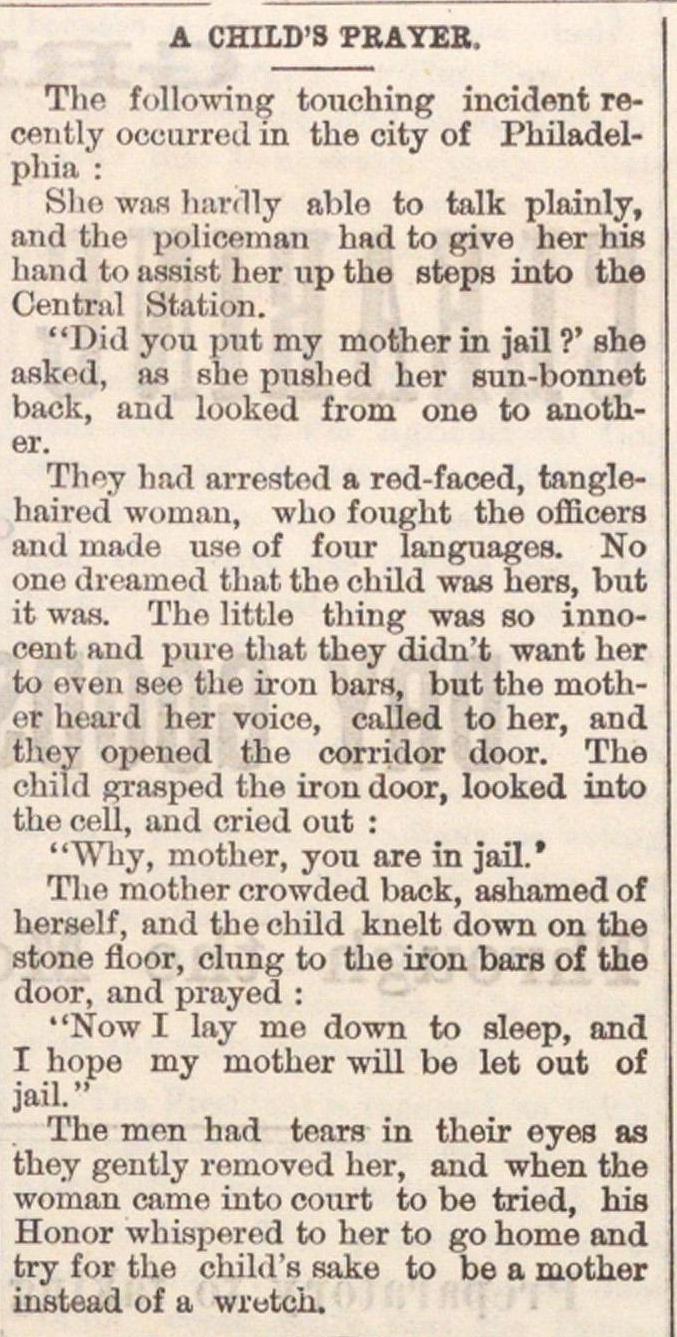 The following touching incident recontly occurred in the city of Philadeljiliin : Slio was lüirdly ablo to talk plainly, and the polieeman had to give her his lüuul tonssist her up the steps into the Central Station. "Did you put my mother in jail ?' áhe asked, as sne pushed her sun-bonnet back, and lookod from one to another. Thpy had arrestad a red-faced, tanglehnired wonian, who fought the officers and made use of four languagcs. No ono dreamed that the child was hers, bilt it was. Tho little thing was so innocent and pure that they didn't want her to oven sec the iron bars, but the motherheard her voico, called to her, and tliey ojjened the corridor door. The child grasped tlie iron door, lookcd into the cell, and cried out : "Why, mother, you are in jail. The mother crowded back, ashamed of herself, and the chüd knelt down on the stone floor, clung to the iron bars of the door, and prayed : "Now I lay me down to sleep, and I hope my mother will be let out of jail. " The mon had taars in their eyes as they gently removed her, and when the woman camo into court to be tried, his Honor whispered to her to go home and try for the child's sake to be a mother instead of a wruteh.