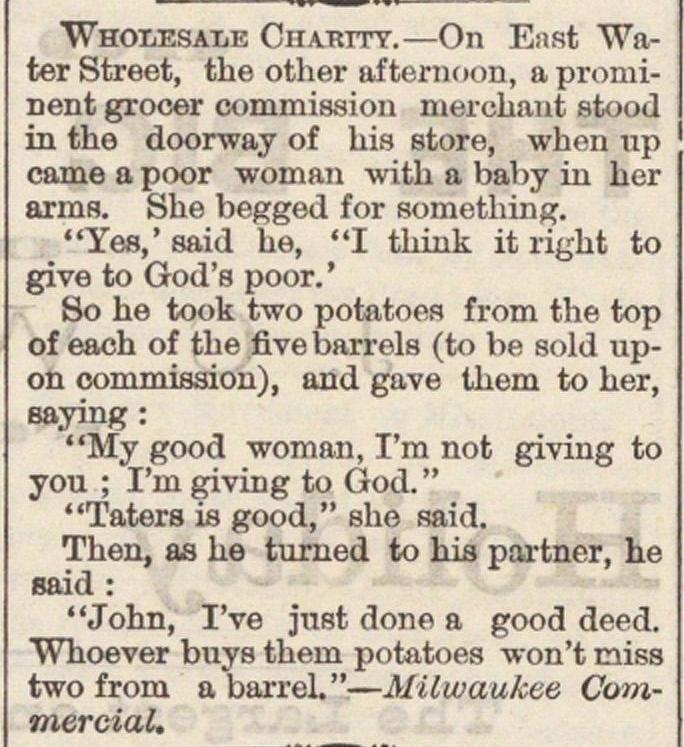 ter Street, the other afternoon, a prominent grocer eommission merohaut stood in the doorway of his store, whon iip carne a poor woman with a baby in her arma. She begged for something. "Yes,'said he, "I think it right to give to God's poor.' So he took two potatoes from the top of each of the five barrels (to be sold upon eommission) , and gave them to her, saying : "My good woman, I'm not giving to you ; I'm giving to God." "Taters is good," ehe said. Then, as he turned to his partner, he said : "John, I've just dono a good deed. Whoever buvs them potetoes won't miss