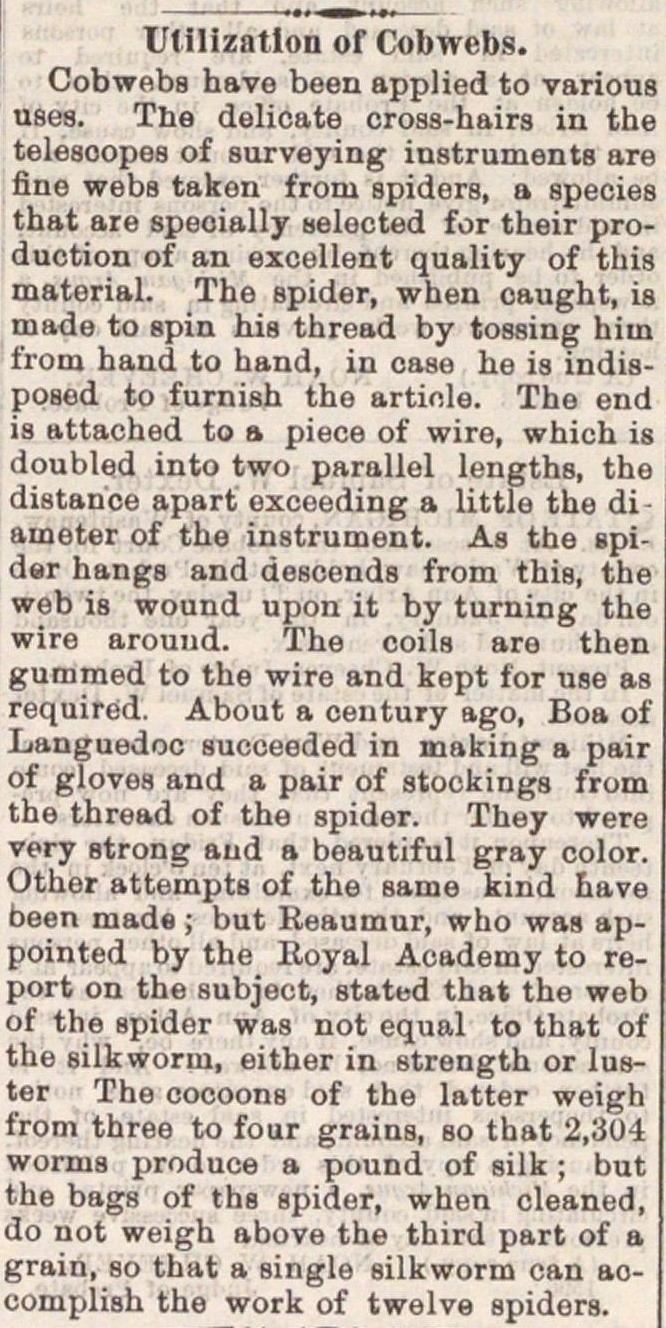 Cobwobs have been applied to various uses. The delicate cross-hairs in the telesoopes of surveying iustrumontB are fine webs takon from spiders, a species that are speoially selected for their production of an excellent quality of this material. The spider, when caught, is made to spin his thread by tossing him from hand to hand, in case he is indisposed to furnish tho artinle. The end is attached to piece of wire, which is doubled into two parallel lengths, the distance apart exceeding a little the di - aineter of the instrument. As the spider hangs and descends from this, the web is wound upon it by turning the wire around. The coils are then gummed to the wire and kept for use as requiréd. About a century ago, Boa of Languedoc succeeded in making a pair of gloves and a pair of stockings from the thread of the spider. They were very strong aud a boautiful gray color. Jtlmr attempta of the same kind have been mads ; but Keaumur, who was appointed by the Itoyal Academy to report on the subject, stated that the web of the spider was not equal to that of ;he silkworm, either in strength or lusier The cocoons of the latter weigh from three to four grains, so that 2,304 worms produce a pound of sük ; but the bags of ths spider, when cleaned, do not weigh above the third part of a 'rain, so that a single silkworm can aocomplish the work of twelve spiders.