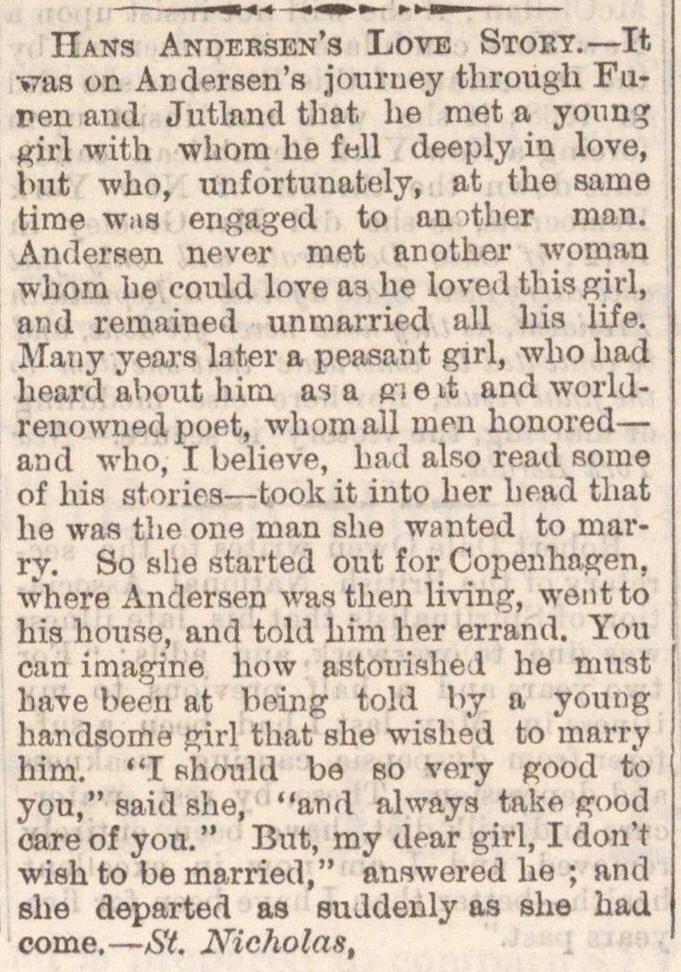 7as on Aridersen's jouruey through Fupen and Jutland that he met a yoiina; girl with wbom lie fll deeply in love, but who, unfortunately, at the same time was engaged to an ther man. Andersen never met nnother woman wbom be eould love as be loved this girl, and remained unmarried all bis life. Many years later a peasant girl, wbo bad beard about hira as a e e it and worldrenowned poet, whomall iupb bonored - and wbo, I believe, bad also read some of bis stories- tookit into ber bead tbat be waa tbe one man sbe wanted to marry. So she started out for Copenbagen, where Andersen was tben living, went to bis house, and told bim her errand. You can imagine how astotiishei he must have been at being told by a young bandsome girl that she wished to marry him. "I Rhoiild be so very good to you," saidsbe, "and ahvays take good care of you." But, my dear girl, I don't wish to be married," answered he ; and she departed as suJdenly as she had