All The Man She Wants 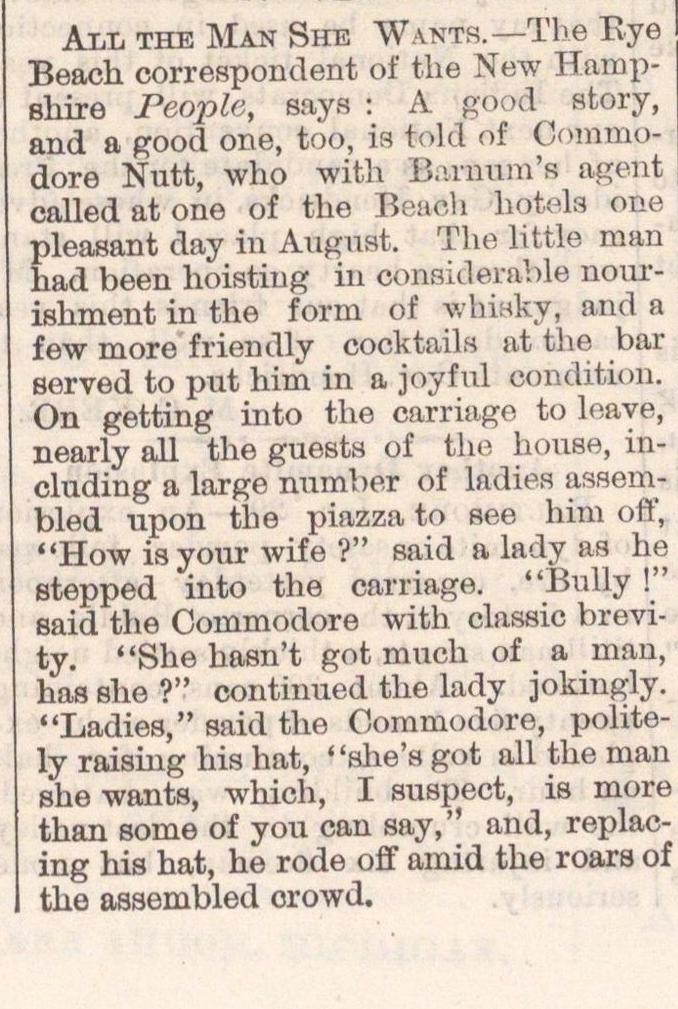 Beach correspondent of the New Hampshire People, says : A good story, and a good one, too, is told of Commodore Nutt, who with B.inmm's agent called at one of the Bratel i hotels one pleasant day in August. The little man had been hoistiug in eömsiaerable nourishment in the form of whisky; and a few more frienclly cocktails at the bar served to put him in a joyful condition. On getting into the carriago to lcaye, nearly all the guests of the house, including a large number of lndies assembied upon the piazza to see him ofl', "How ia your wife ?" said a lady as he stepped into the carriage. "Bully !" said the Commodore with classic brevity. "She hasn't got much of a man, has she ?" continued the lady jokiugly. "Ladies," said the Commodore, politely raising his hat, "she's got all the man she wants, which, I suspect, is more than some of you can say," and, replacing his hat, he rode off amid the roars of the asaembled crowd.