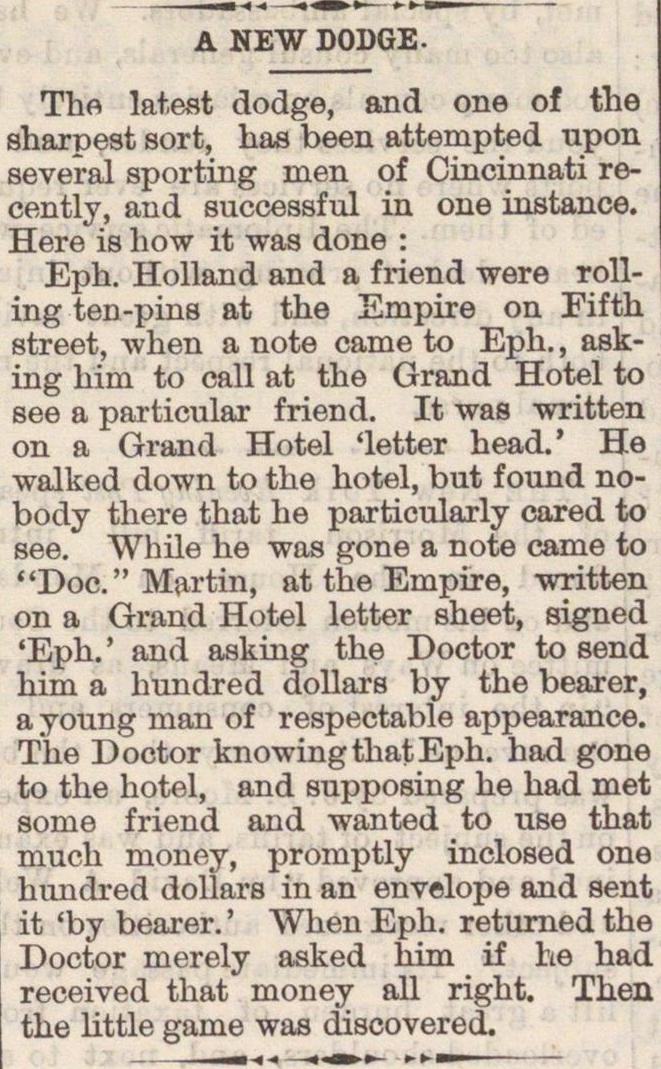 The latest dodge, and one of the sharpest sort, has been attempted upon several sporting men of Oincinnati recently, and successful in one instance. Here is how it was done : Eph. Holland and a friend were rolling ten-pins at the Empire on Fifth street, when a note carne to Eph. , asking him to eall at the Grand Hotel to see a particular friend. It was written on a Grand Hotel 'letter head.' He walked down to the hotel, but found nobody there that he particularly cared to see. While he was gone a note carne to "Doe." Martin, at the Empire, written on a Grand Hotel letter sheet, signed 'Eph.' and asking the Doctor to send him a hundred dollars by the bearer, a young man of respectable appearance. The Doctor knowing that Eph. had gone to the hotel, and supposing he had met some friend and wanted to use that much rnonoy, promptly inclosed one hundred dollars in an envelope and sent it 'by bearer. ' When Eph. returned the Doctor merely asked hún if he had received that money all right. Then the little game was discovered.