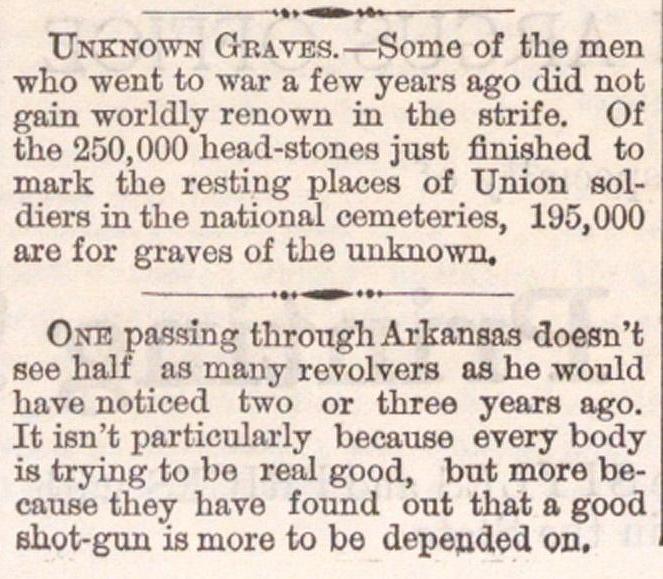 who went to war a few years ogo did not gain worldly renown in the strife. Of the 250,000 head-stones just flnished to mark the resting places of Union soldiers in the national cerneteries, 195,000 are for graves of the uuknown. Ont? passing throngli Arkansas doesn't see half as many revolvers as he would have noticed two or three years ago. It isn't particularly because every body is trying to be real good, bnt more because they havo found out that a good Bhot-gun is more to be depended on.