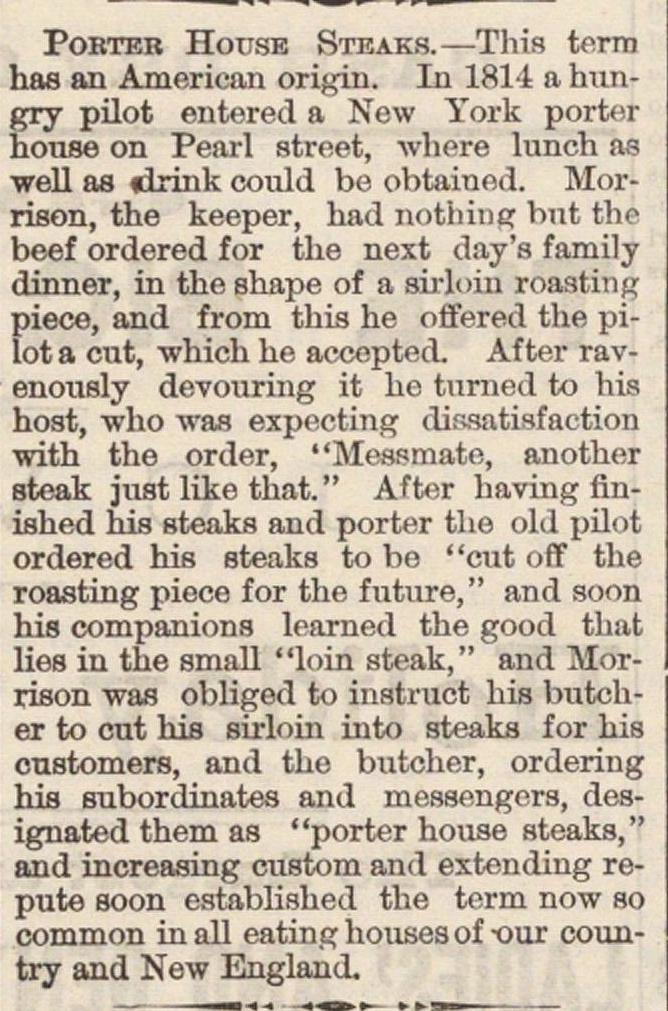 has an American oriffin. ín 1811 a hungry pilot entered a New York portor house on Pearl street, where lunch as well as drink could be obtainod. Morrison, the keeper, had nothing but tho beef ordered for the next day's family dinner, in the shape of a sirloin roasting piece, and from this he offered the pilot a cut, which he aecepted. Af ter ravenously devouring it he tnrned to his host, who was expficting diRsatisfaction with the order, "Messmato, another steak just like that. " Af ter having finished his steaks and porter the old pilot ordered his steaks to bo "cut off the roasting piece for the future," and soon his companions learned the good that lies in the small "loin steak," and Morrison was obliged to instruct his butcher to cut his sirloin into steaks for his customers, and the butcher, ordering his subordinates and messengers, designated them as "porter house steaks," and increasing custom and extending repute soon established the term now so common in all eatinghoiisesof -our country and New England.