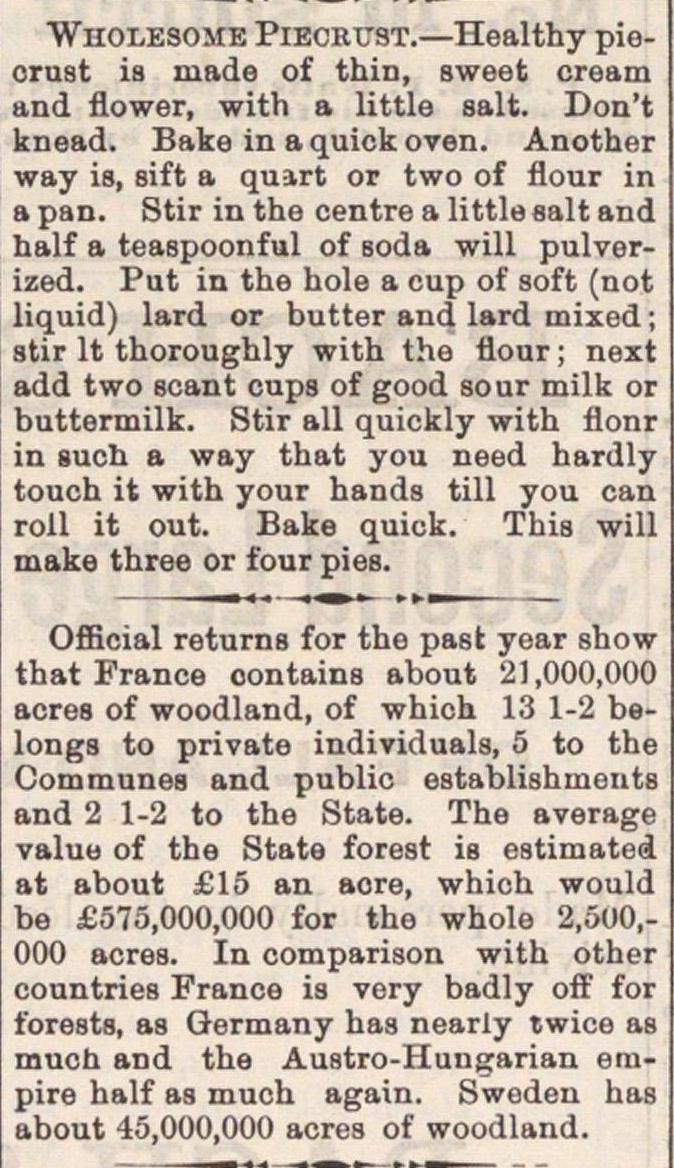 oiust ia made ot tuin, sweet croam and flower, with a little aalt. Don't knead. Bake in a quick oven. Another way is, sift a quart or two of flour in a pan. Stir in the centre a little aalt and half a teaspoonful of soda will pulverized. Put in the hole a cup of soft (not liquid) lard or butter and lard mixed ; stir lt thoroughly with tho flour ; next add two scant cups of good sour mi Ik or buttermilk. Stir all quickly with fionr in such a way that you need hardly touch it with your hands till you can roll it out. Bake quick. This will make three or four pies. Official returns for the past yoar show that France oontains about '21,000,000 acres of woodland, of which 13 1-2 belongs to private individúala, 5 to the Communes and public establishments and 2 1-2 to the State. The average valuu of the State forest is estimated at about L15 an aore, which would be L575,000,000 for the whole 2,500,000 acreB. In comparison with other conntries Prance ia very badly off for forests, as Germany has neariy twice as mucü and the Auatro-Hungarian empire half as much again. Sweden has about 45,000,000 aerea of woodland.