The Living Dog And The Dead Lioness 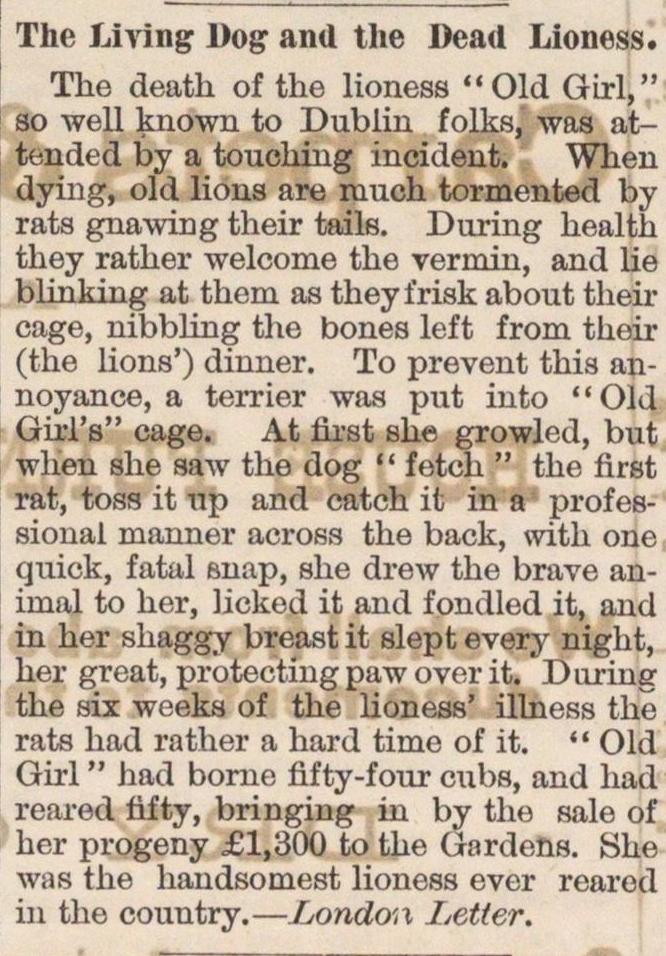 The death of the lioness "Old Girl," so well known to Dublin folks, -was attended by a touchiiig incident. When dying, old lions are much tormented by rats gnawing their tails. During health they rather welcome the vermin, and lie blinking at them as they l'risk about their cage, nibbling the bones lef t from their (the lions') dinner. To prevent this annoyance, a terrier was put into ' ' Old Girl's" oage. At fiist she growled, but when she saw the dog " fetch " the first rat, toss it np and catch it in a professional manner across the back, with one qnick, fatal snap, she drew the brave animal to her, licked it and fondied it, and in her shaggy breast it slept every night, her great, protecting paw over it. During the six weeks of the lioness' illness the rats had rather a hard time of it. " Old Girl " had borne flfty-four cubs, and had reared üfty, bringing in by the sale of her progeny L1,300 to the Gardens. She was the liandsomest lioness ever rearod in the