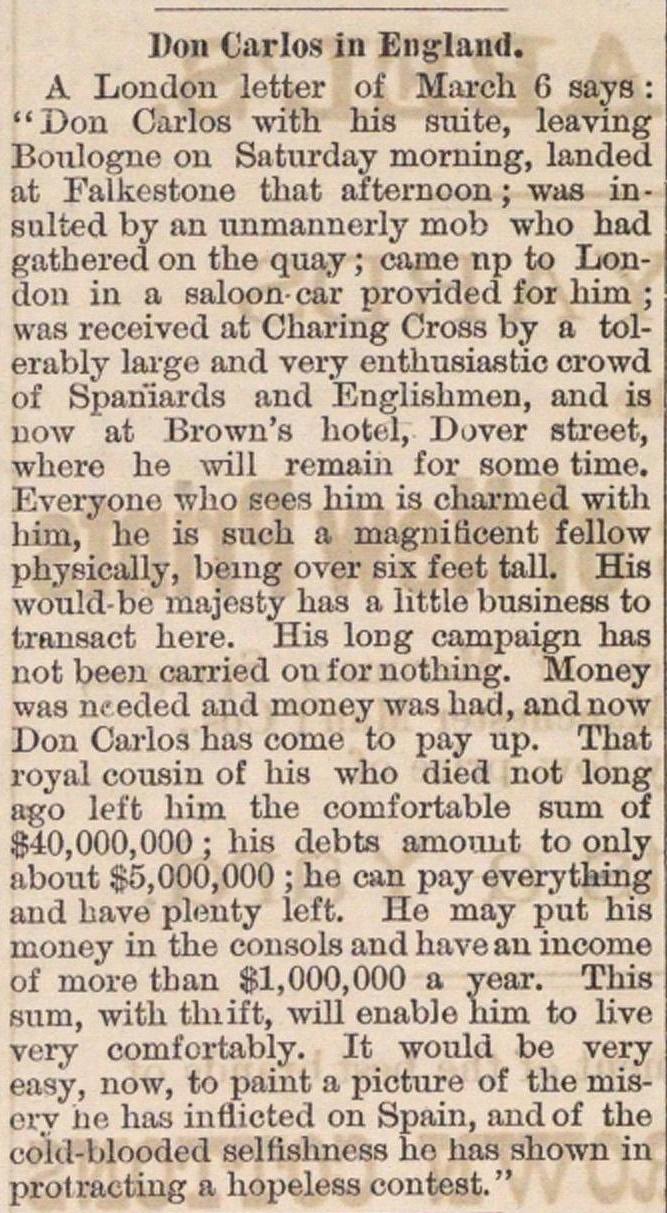 A London letter of Miirch G says : "Don Carlos with his suite, lea ving boologne on Saturday morning, landed at Falkestone that afternoon; was insulted by an unmannerly mob who had gathered on the quay ; carne np to London in a car provided for him ; was received at Charing Cross by a tolerably lavgo and very enthusiastic crowd of Spanïards and Englishmen, and is uow at Brown's hotel, Dover street, whero he will remain for some time. Everyono who sees hiin is cliarmed witli him, he is such a magniücent fellow physically, benig over six feet tall. His would-be majesty has a little business to transact here. His long campaign has not been carried on for nothiug. Money was nceded and money was had, andnow Don Carlos has come to pay up. That royal cousin of his who died not long ago left him the coniíortable sum of 840,000,000 ; his debts amount to only about $5,000,000 ; he can pay everythiug and have plenty left. He may put his money in the consols and haveau iucome of more tban $1,000,000 a year. This sum, with thiift, will enable him to live very comfortably. It would be very easy, now, to paint a picture of the misprv he has inflicted on Spain, andof the coid-blooded selfishncss ho has shown in prolracting a hopeless contest."