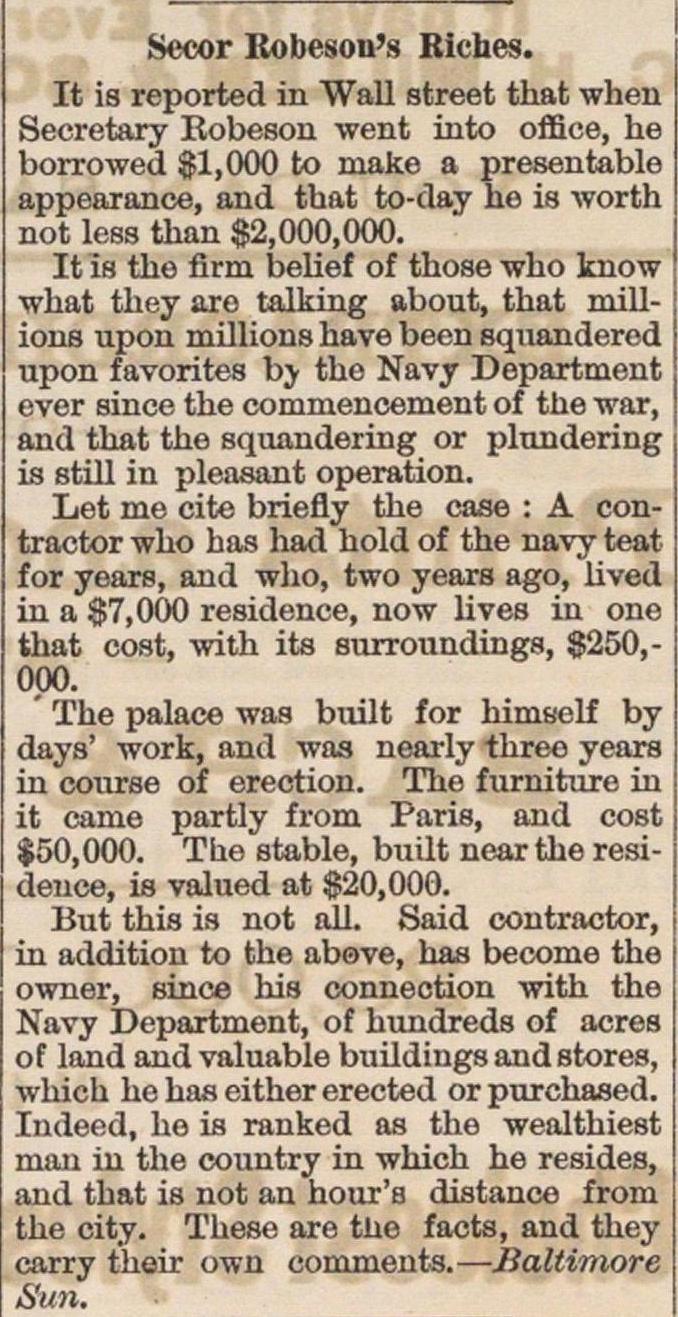 It is reported in Wall street that when Secretary Robeson went into office, he borrowed $1,000 to make a presentable appearance, and that to-day he ia worth not less than $2,000,000. It is the firm belief of those who know what they are talking about, that ions upon millions have been squandered upon favorites bj the Navy Department ever since the commencement of tne war, and that the squandering or plundering is still in pleasant operation. Let me cite briefly the case : A contractor who bas had hold of the navy teat for years, and who, two years ago, lived in a $7,000 residence, now liyes in one that cost, with its surroundings, $250,000. ' The palace was built for himself by days' work, and was nearly threo years in course of erection. The furniture in it came partly from Paris, and cost $50,000. The stable, built neartheresideuce, is vahied at $20,000. But this is not all. Said contractor, in addition to the above, has become the owner, since bis connection with the Navy Department, of hundreds of acres of land and valuable buildings and stores, which he has either erected or purchased. Indeed, he is ranked as the wealthiest man in the country in which he resides, and that is not an hour's distance from the city. These are tüe f acts, and they