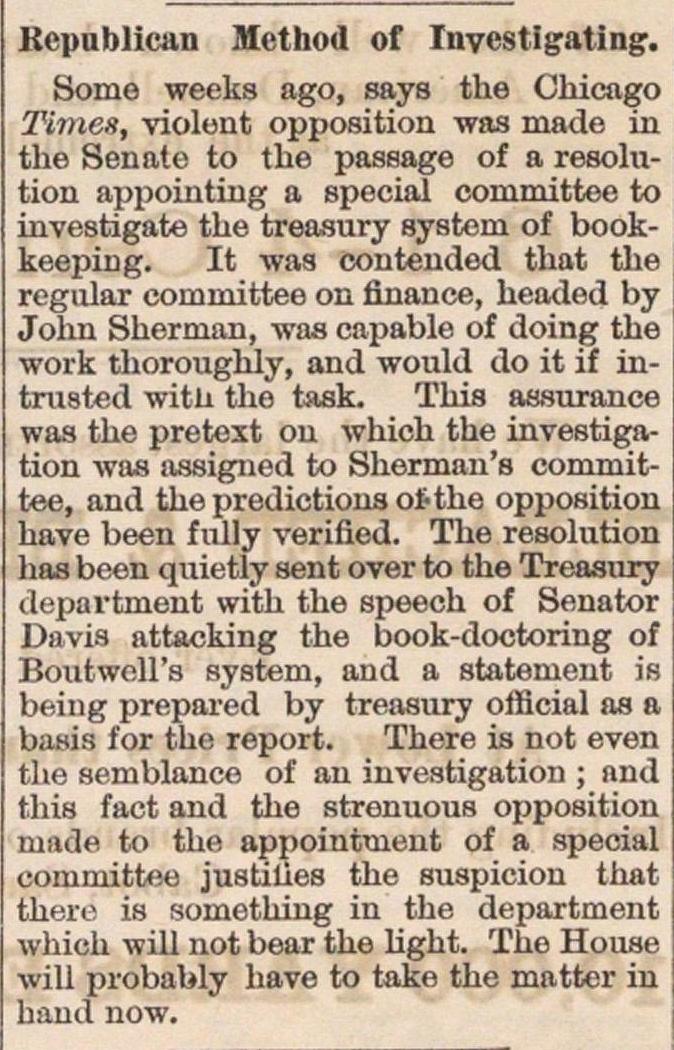 Some weeks ago, saya the Chicago Times, violunt opposition was made in the Senate to the passage of a resolution appointing a special committee to investígate the treasury systern of bookkeeping. It was contended that the regular committee on finance, headed by John Sherman, was capable of doing the work thoroughly, and would do it if intnisted witli the taak. ïhis assurance was the pretest on which the investigation was nssigned to Sherman's committee, and the predictions of the opposition have been fully verified. The resolution has been quietly sent over to the Treasury department with the speech of Senator Davis attacking the book-doctoring of Boutwell's system, and a statement is being prepared by treasury official as a basis for the report. There is not even the semblance of an investigation ; and this fact and the strenuous opposition made to the appointment of a special committee justiües the suspicion that there is something in the department which will not bear the light. The House will probably have to take the matter in hand now.