A Fool And His Gun 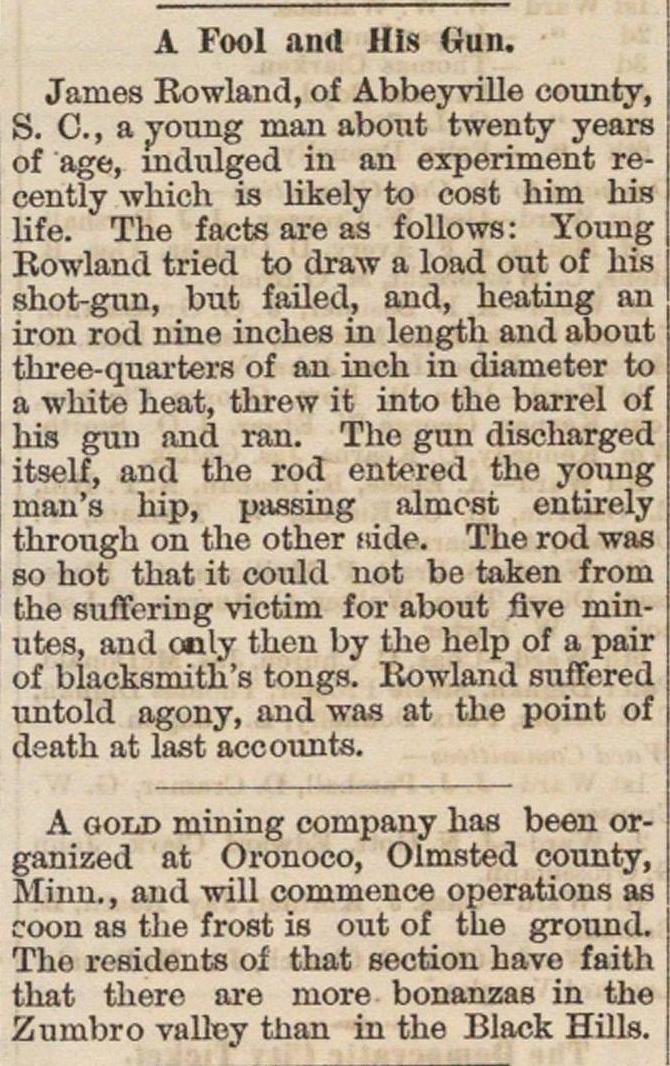 James Kowland, of Abbeyville county, S. C, a young man about twenty years of age, indulged in an experiment recently which is likely to cost him his life. The f acts are as follows: Young Bowland tried to draw a load out of Lis shot-gun, but failed, and, lieatiug an iron rod nine inches in lengtli and about three-quarters of an inch in diameter to a white heat, threw it into the barrel of his gun and ran. The gun discharged itself, and the rod entered the young man's hip, passing almost entirely through on the other fiide. The rod was so hot that it could not be taken from the sufforing victim for about five minutes, aud only then by the help of a pair of blacksmith's tongs. Bowland suffered vintold agony, and was at the point of death at last accounts. A goij mining company has been organized at Oronoco, Olmsted county, Minn., and will commenee operations as coon as the frost is out of the ground. The residents of that section havo faith that there are more bonanzas in the Zumbro valloy than in the Black Hills.