The Reign Of Alexander Ii 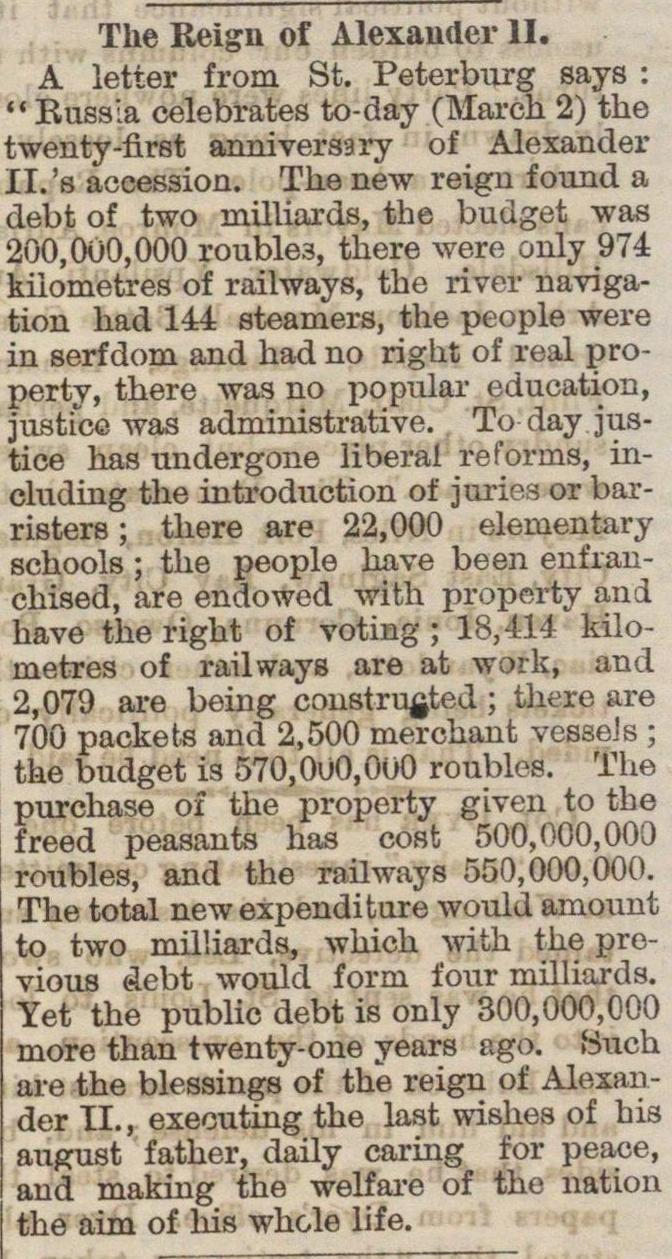 A letter from St. Peterburg says : " Eussla celebrates to-day (March 2) the twenty-flrst annivers3ry of Alexander II. 's acoession. The new reign found a debt of two iniïliards, the budget was 200,000,000 rouble.?, there were only 974 kilometres of railways, the river navigation had 144 steamers, the people were in serfdom and had no right of real property, there was no popular education, justíco was administrative. To day justioe has undergone liberal reforma, inclïiding the introduction of juries or barristers ; there are 22,000 elementary schools ; the people have been enfranchised, are endowed with property and have the right of voting ; 18,414 kilometres of railwayg are at work, and 2,079 are being construgted ; there are 700 packets and 2,500 merchant vesseJs ; the budget is 570,000,000 roubles. The purchase of the propcrty given to the freed peasants has cost 500,000,000 roubles, and the raüways 550,000,000. The total new expendí ture would anaount to two mil'.iards, which with the provious elebt would form four milliards. Yet the public debt is only 300,000,000 more than twenty-one years ago. 8uch are the blessings of the reign of Alexander II., executing the last wishes of bis august father, daily caring for peace, I and making the welfare of the nation the aim of his wh&le life.