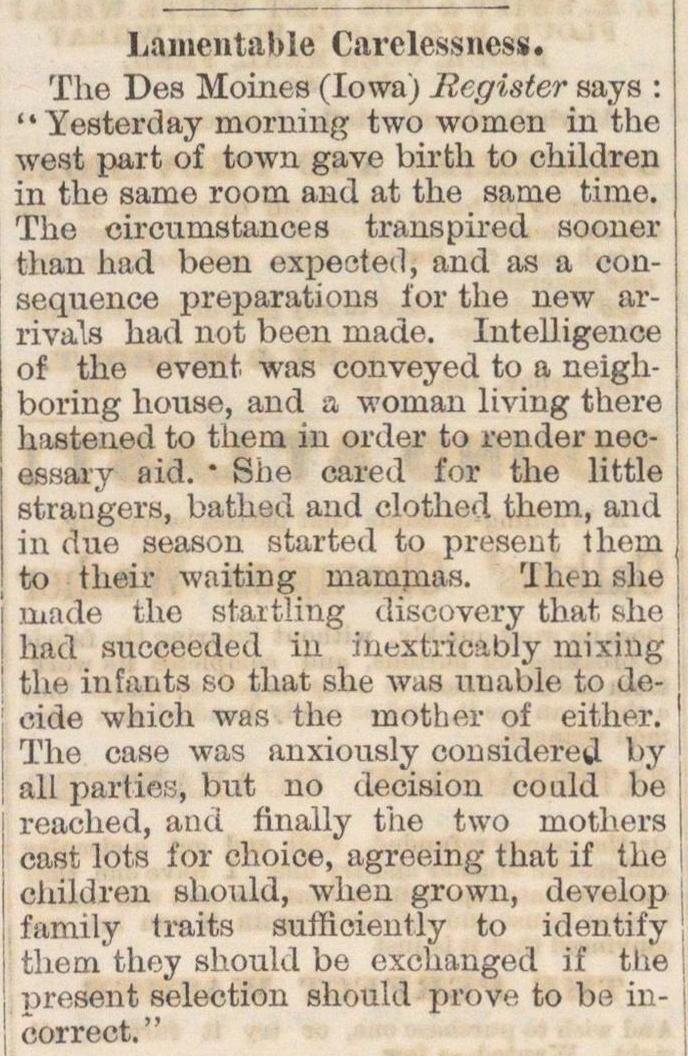 The Des Moines (Iowa) Register says : " Yesterday morning two women in the west part of town gave birth to children in the same room and at the same time. The circumstanoes transpired sooner than had been expeoted, and as a consequenoe preparations lor the new arrivals had not been made. Intelligence of the event was conveyed to a neighboring house, and a wornan living there hastened to them in order to render j essary aid. Siie cared for the little strangei'B, bathed and clothed them, and in due season started to present them j to the.h' waiting raammas. 'Ihen she i made the staitling discovery that she i had sneceeded in inwctricably mixing ! the infanta so that she was nuable to de! cide which was the mother of either. ' i The case was nnxiously considered by ; all partios, but no decisión could be : i reached, and flnally the two mothers ! cast lots for choice, agroeing that if the children should, when grown, develop ; ! family traits sufficiently to identify ; them they should be exchanged if the I ; present selection should prove to be j : correct."