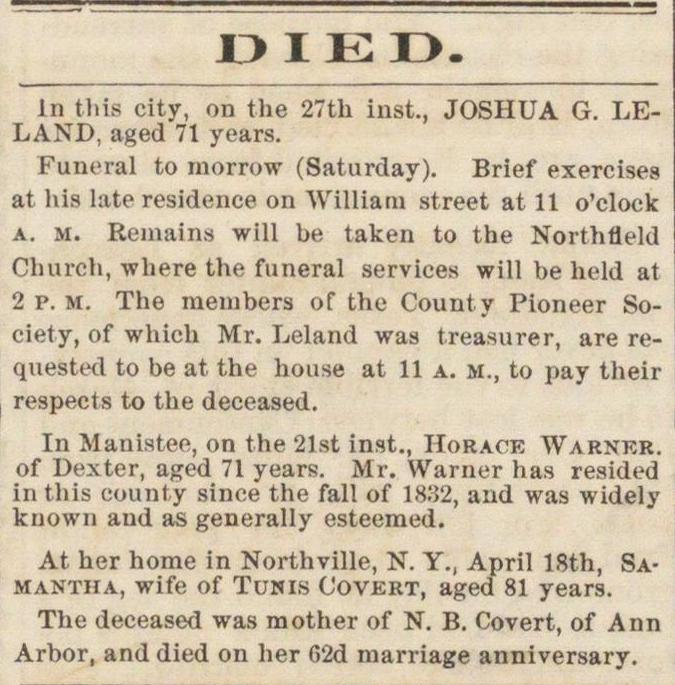 In tliis city, on the 27th inst., JOSHUA G. LELAND, aged 71 years. Funeral to morrow (Saturday). Brief exercise at his late residence on Williatn street at 11 o'cloek a. m. Remains will be taken to the Northtteld Chureh, where the funeral services will be held at 2 P. m. The members of the County Pioneer Society, of which Mr. Leland was treasurer, are requested to be at the house at 11 a. m., to pay their respects to the deceased. In Manistee, on the 21st inst., Horace Warner. of Dexter, aged 71 years. Mr. Warner has resided n this county since the fall of 18ÍÍ2, and was widely ïnown and as generally esteemed. At her home in Northville, N. Y., April 18th, Samantha, wife of Tunis Covert, aged 81 years. The deceased was raother of N. B. Covert, of Ann Arbor, and died on her 62d niarriage anniversary.