Opening Of A Remarkable Railway In London 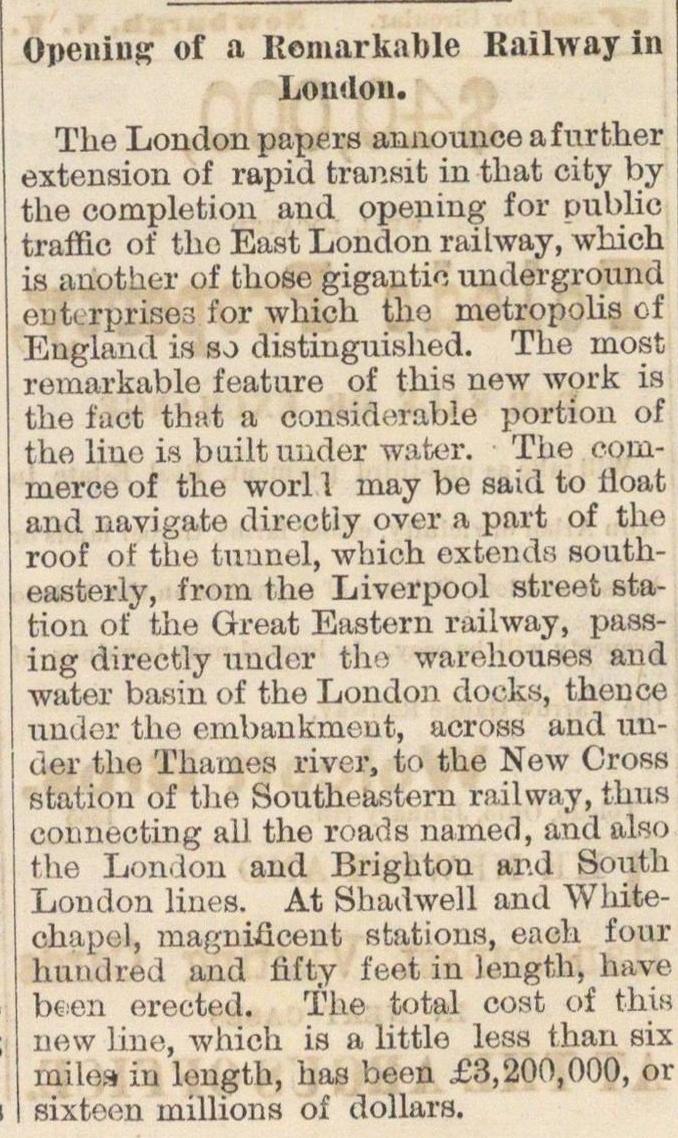 Tlie London papers announce afnrther extensión of rapid transit in tbat city by the completion and opening for public traffio of tbc Eaat London railway, which is another of those gigautii underground 6Dterprise3 for which tho metropolis cf Eugland is so distinguished. The most remarkablo feature of this new work is the fact thiit a considerable portion of the line is built under water. The conimerce of the worl 1 inay be said to lloat and navigate direetiy over a part of the roof of the tunnel, wbich extends southeasterly, from the Liverpool street station of the Great Eastern railway, passing directly under the warehouses and water banin of the London docks, theuoe under tho embankmcut, across and under the Thames river, to the New Cross station of tho Southeastern railway, thus connecting all the roads named, and also the London and Brighton ar.d South London lines. At Shadwell and Whitechapol, magnificent stations, eacli four luuulred and tifty feet in length, have b6n erected. The total coat of this new line, which is a little less than six malos in longth, bas been L3,200,000, or sixteen millions of dollars.