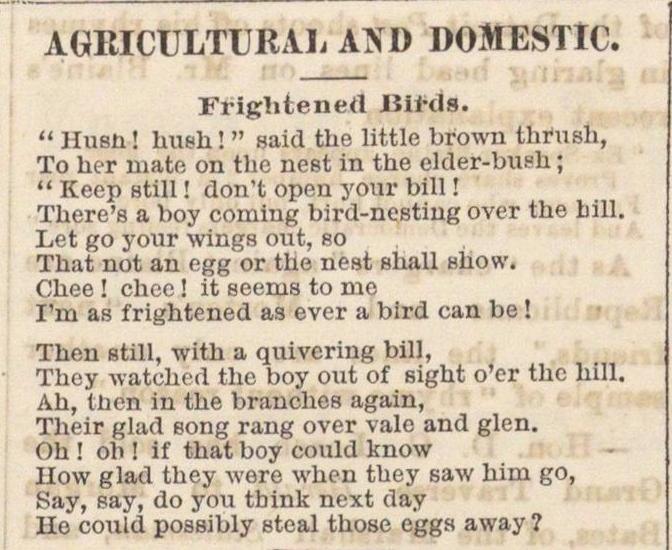 " Husn ! hueh ! " said the little brown thrush, To her matfi on the nest in the elder-buh ; " Keep till ! don't open your bill ! There's a boy coming bird-nesting over the bill. Let go your wings out, so That not au egg or the nest sliall nhovv. Chee ! chec ! it seems to nie Tra as frightened as ever a bird can be ! Then still, with a quivering bilí, They watched the boy out of eight o'er the liill. Ah, Uien in the branches again, Their glad eong rang over vale and glen. Oh ! ob ! if that boy could know IIow glad they were when they saw him go, Say, say, do you tbink next day He could possibly steal thosc egg away?