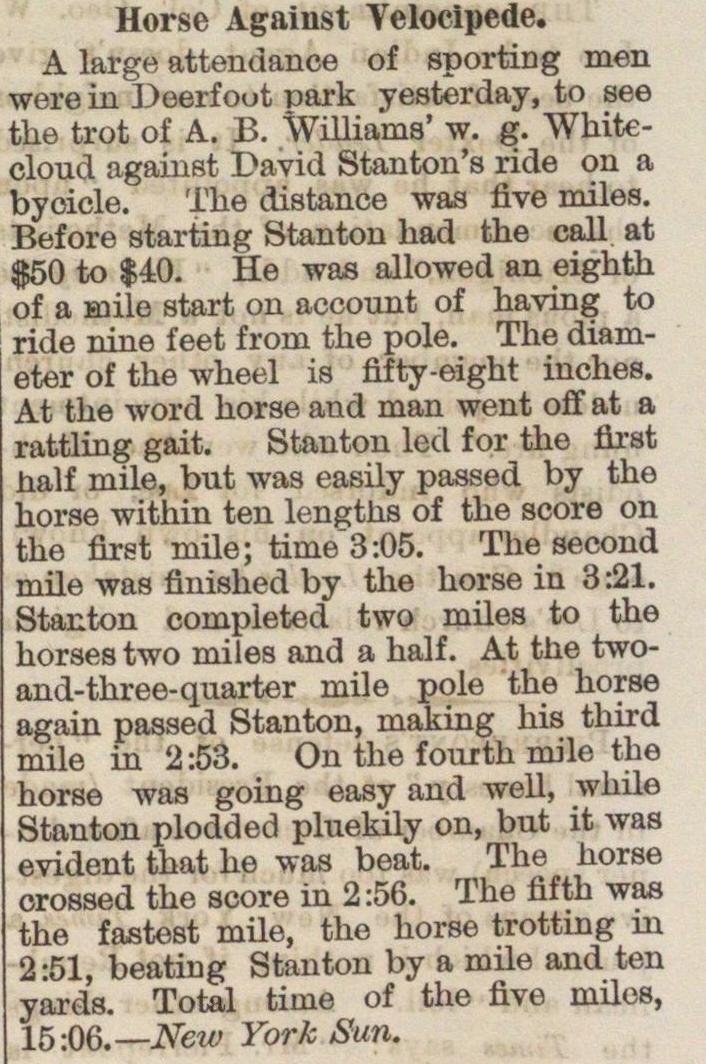 A large attendance of sporting men were in Deerfout park yesterday, to see the trot of A. B. Williams' w. g. Whitecloud against David Stanton's ride on a byoicle. The distance was flve miles. Before starting Stanton had the cali at $50 to $40. He was allowed an eightb. of a ïoile start on account of having to ride nine feet from the pole. The diameter of the wheel is flfty-eight tuches. At the word horse and man went off at a rattling gait. Stanton led for the first half mile, but was easily passed by the horse within ten lengths of the score on the first mile; time" 3:05. The second mile was finished by the horse in 3:21. Stanton completed two miles to the horsestwo miles and a half. At the twoand-three-quarter mile pole the horse again passed Stanton, making his third mile in 2:53. On the fonrth mile the horse was going easy and well, while Stanton plodded pluekily on, but it was evident that he was beat. The horse crossed the score in 2:56. The fifth was the fastest mile, the horse trotting in 2 :51, beating Stanton by a mile and ten yards. Total time of the five milos, 15:06.- New York San.