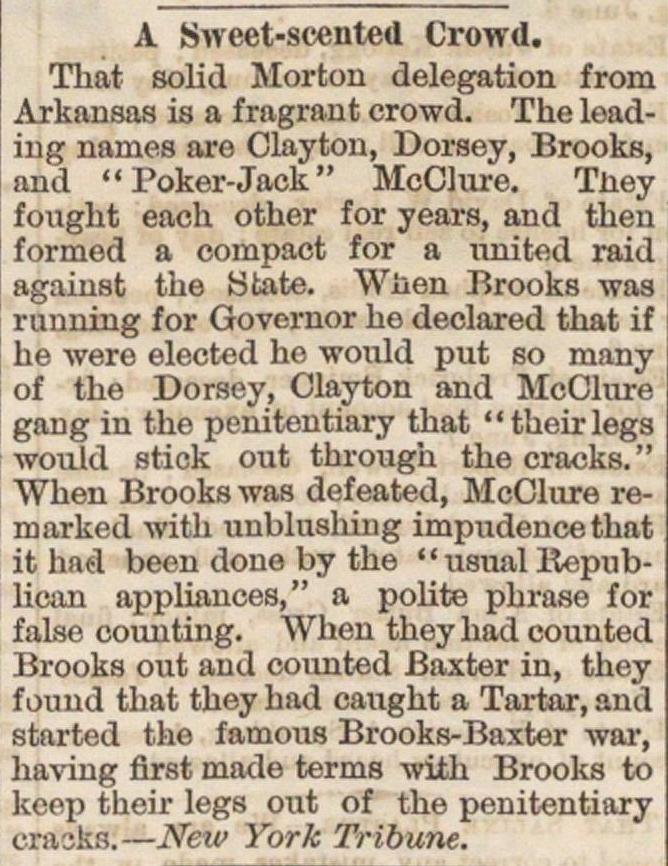 That solid Morton delegation from Arkansas is a fragrant crowd. The leadiug names are Clayton, Dorsey, Brooks, and Jack" McChire. Tiiey fought each other for years, and then formed a compact for a united raid against the State. Wüen Brooks was running for Governor he declared that if he were elected he would put so many of the Dorsey, Clayton and McClure gang in the penitentiary that "theirlegs would stick out through the cracks." When Brooks was defeated, McClure remarked with unblusliiug impudence that it had been done by the "usual Bepublican appliances," a polite phrase for false counting. When theyhadcounted Brooks out and counted Baxter in, they f ound that they had canght a Tartar, and started the famous Brooks-Baxter war, having flrst made terms -wiih Brooks to keep their legs out of the penitentiary craoksi - New York Tribune.