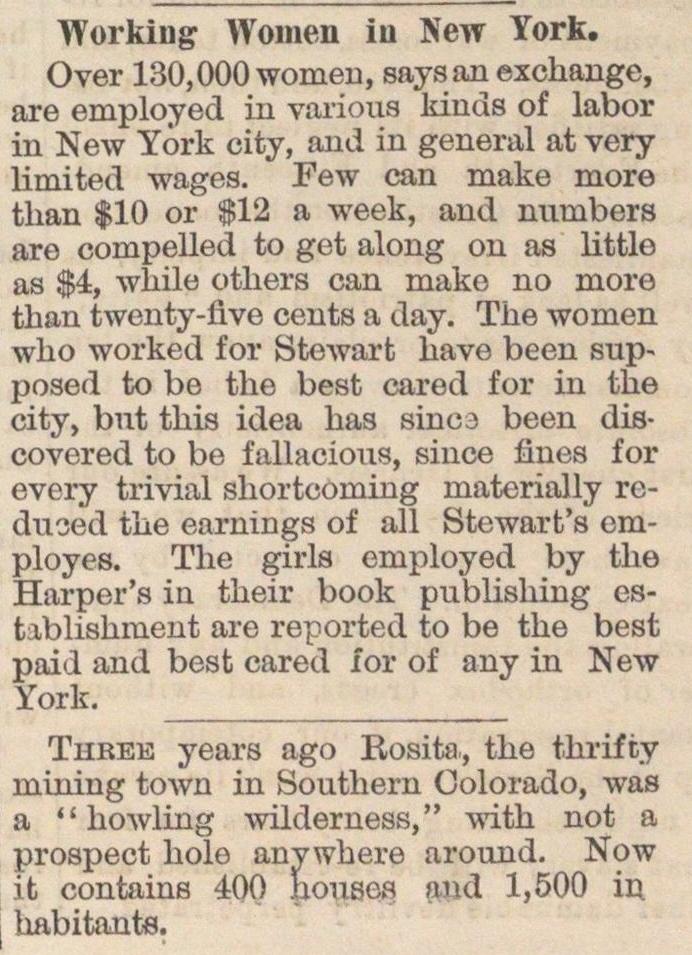 Over 130,000 womeii, saysanexchange, are employed in vaiious kinds of labor in New York city, and in general at very limited wages. Few can make more than $10 or $12 a week, and nunibers are compelled to get along on as little as $4, while otliers can make no more than twenty-five cents a day. The women who worked for Stewart have been supposed to be the best cared for in the city, bnt this idea has sinea been discovered to bo fallaoious, since fines for every trivial sliortcoming materially rcdused the earnings of all Stewart's employés. The girls employed by the Harper's in their book publishing establishment are reported to be the best paid and best cared ior of any in New York. Tiirek years ago Rosita, the thrifcy mining town in Southern Colorado, was a " howling wilderness," with not a prospect hole anywhere around. Now it contains 400 houses and 1,500 in habitante.