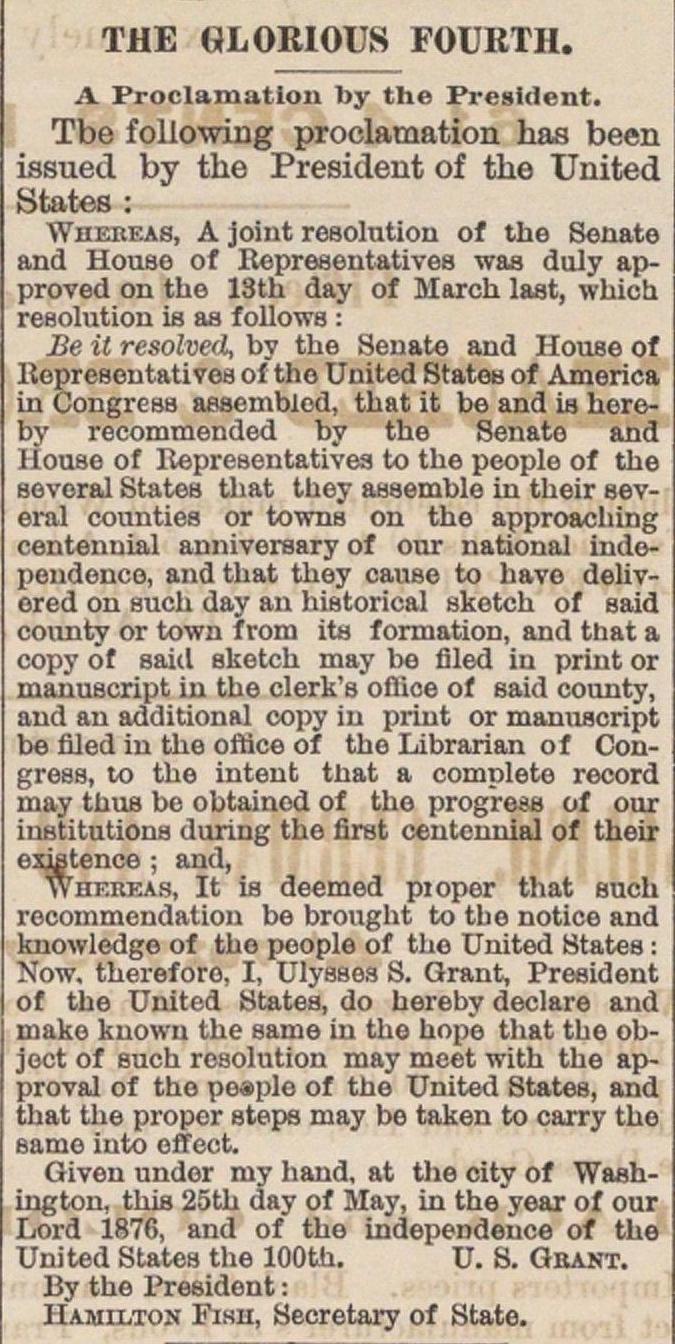 Tbe following proclamation has been issued by the President of the United States : Wheheas, A joint resolution of the Sonate and House of Representativos was duly approved on the 18th day of Jlarch last, whicn resolution is as followa : Be it resolved, by the Senate and House of Representativos of the United States of America in Congress assembled, that it be and is heroby recommended by the Senato and House of Representatives to the people of the several States that tlicy assemble in their several counties or towns on the approaching centenuial anniveraary of our national independonco, and that they cause to havo delivered on such day an historical sketch of said county or town from ita formation, and that a copy of said sketch may be filed in print or manuscript in the clerk's oftice of said county, and au additionul copy in print or manuscript be filed in the office of the Librarían of Congress, to the intent that a complete record may thus bo obtainod of the progress of our iustitutions during the first centenuial of their esistence ; and, Whf.reas, It is deemed pioper that such recommendation be brought to the notice and knowledge of the poople of tho United States : Now. therefore, I, Ulysses S. Grant, President of the United States, do hereby declare and mako known the same in the hope that the object of such rosolution may meet with the approval of tho peplo of the United St&tes, and that the proper steps may be taken to carry tho same ulo effect. Given undor my hand, at the city of Washington, this 25th day of May, in the year of our Lord 1876, and of the independence of the United States the lOOtti. U. S. Geaht. By the President : Hamiltos Fisii, Secretary of State.