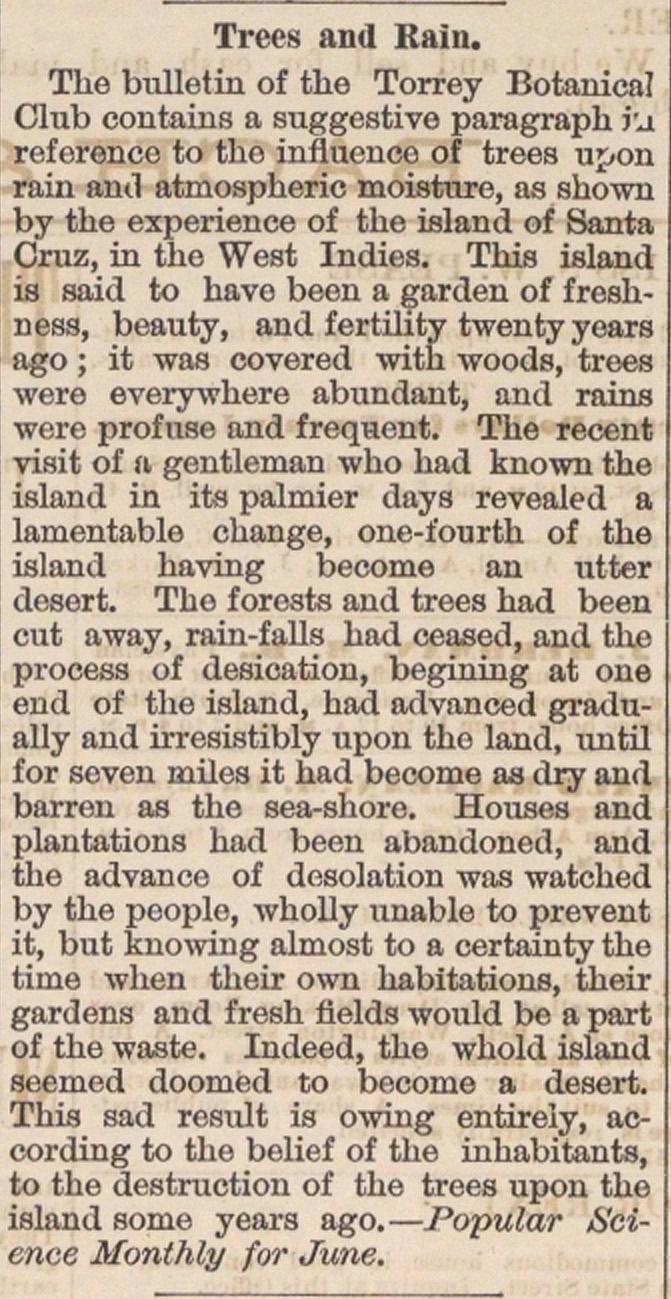 The bulletin of the Torrey Botánica! Club contains a suggestive paragraph iu referenco to tho infjuenco of trees upon rain and atmospheric moisture, as shown by the experience of the island of Santa Cruz, in tho West Indies. This island is said to havo been a garden of freshness, beauty, and fertility twenty years ago ; it was covered with woods, trees were everywhere abundant, and rains were profuse and frequent. The recent visit of a gentleman who had known the island in its palmier days revealed a lamentable change, one-í'ourth of the island having become an ut-ter desert. Tho foresta and trees had been cut away, rain-falls had ceased, and the procesa of desication, begining at one end of tlie island, had advanced gradually and irresistibly upon tho land, until for seven miles it had become as dry and barren as the sea-shore. Houses and plantations had been abandoned, and the advanco of desolation was watched by the pooplo, wholly unable to prevent it, but knowing almost to a certainty the time when their own habitations, their gardens and fresh fields would be a part of the waste. Indeed, the whold island seemed doomed to become a desert. This sad rosult is owing entirely, according to the belief of the inhabitants, to the destruction of the trees upon the island some years ago. - Popular 'cience Monthly for June.