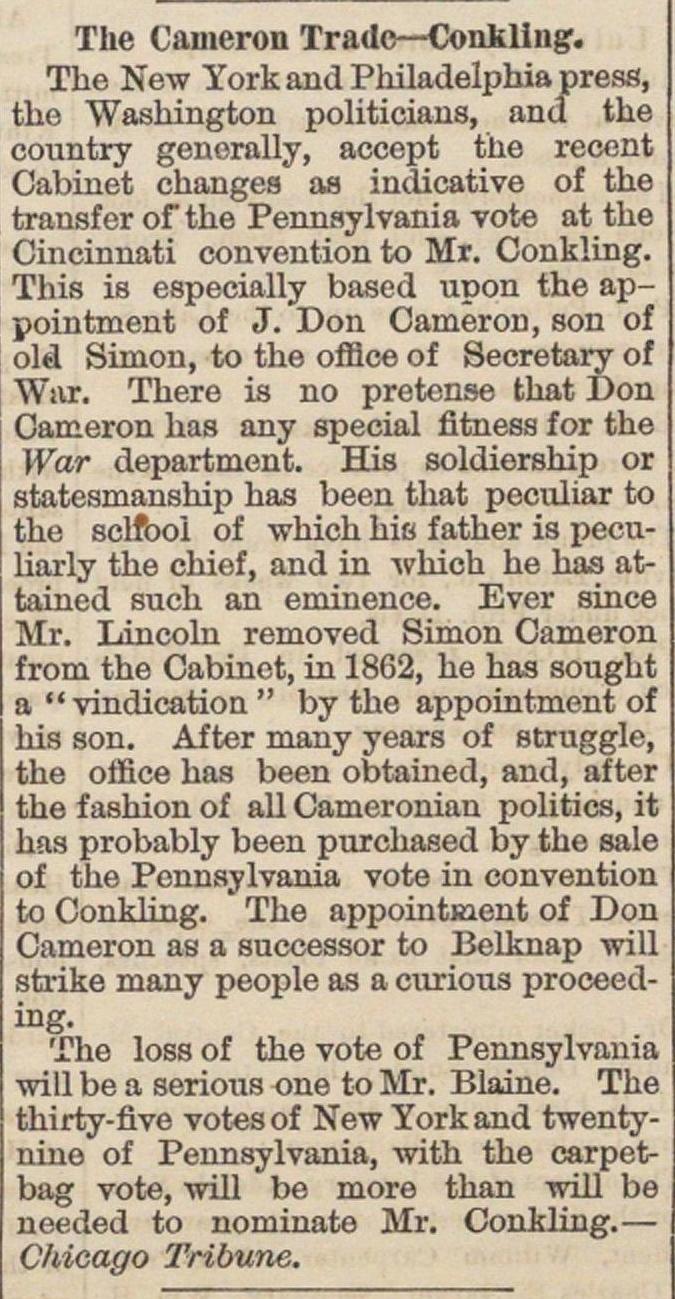 The New York and Philadelphiapress, the Washington politicians, and the country genorally, accept the recent Cabinet changes as indicative of the transfer of the Pennsylvania vote at the Cincinnati convention to Mr. Conkling. This is especially based upon the appointment of J. Don Cameron, son of oíd Simón, to the office of Secretary of War. There is no pretenso that Don Cameron has any special fitness f or the War department. His soldiership or statesmanship has been that peculiar to thu sclfool of which his father is peculiarly the chief, and in which he has attained such an eminence. Ever since Mr. Lincoln removed Simón Cameron from the Cabinet, in 1862, he has sought a " vindication " by the appointment of his son. Af ter many years of struggle, the office has been obtained, and, after the f ashion of all Cameronian politics, it has probably been purchased by the sale of the Pennsylvania vote in convention to Conkling. The appointsaent of Don Cameron as a successor to Belknap will strike many people as a ciirious proceeding. The loss of the vote of Pennsylvania will be a serious one to Mr. Blaine. The thirty-five votes of New York and twentynine of Pennsylvania, with the carpetbag vote, will be more than will be needed to nominate Mr. Conkling. -