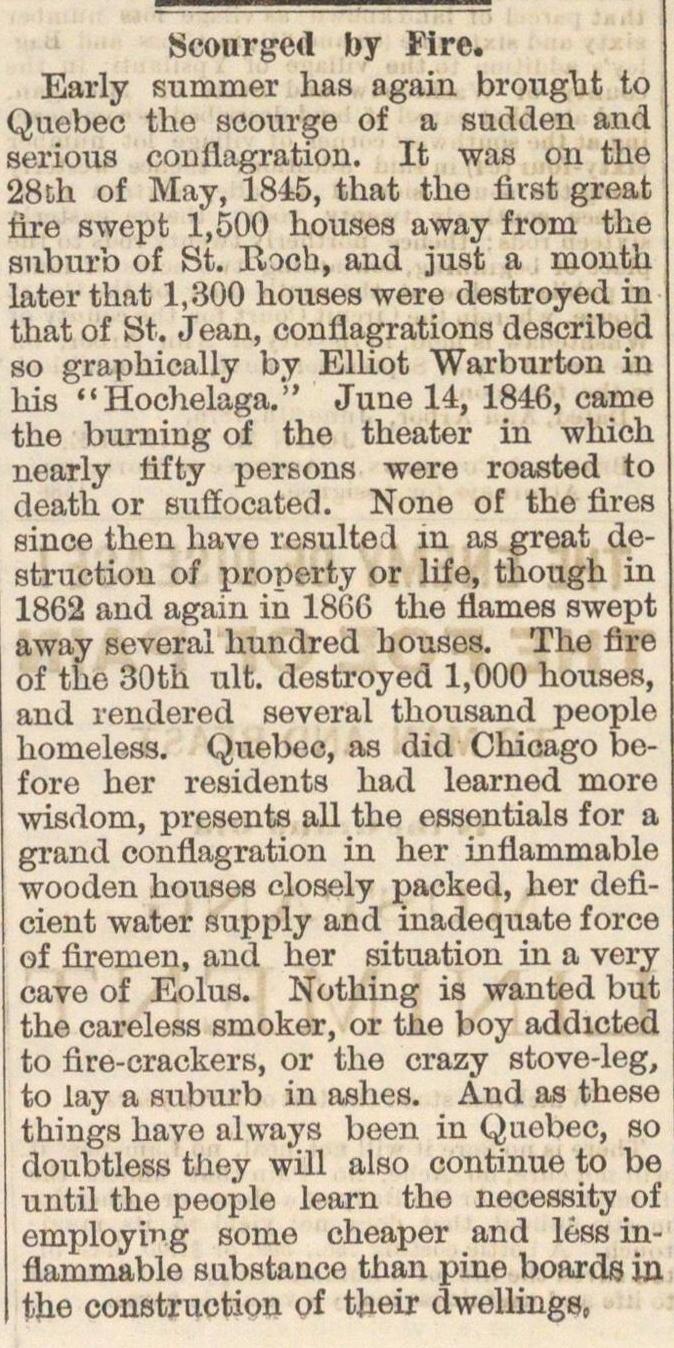 Early summer has again brought to Quebec the scourge of a sudden and serious coDflagration. It was on the 28th of May, 1845, that the first great ñre swept 1,500 houses away from the suburb of St. Eocb, and just a month later that 1,300 houses were destroyed in that of St. Jean, oonflagrations described so graphically by Elhot Warburton in his "Hochelaga." June 14, 1846, carne the burning of the theater in which nearly ñfty persons were roasted to death or suffocated. None of the flres since then have resulteil m as great destruction of property or Ufe, though in 1862 and again in 1866 the flames swept away several hundred houses. The fire of the 30th uit. destroyed 1,000 houses, and rendered several thousand peoplo homeless. Quebeo, as did Chicago bofore her residents had learned more wisdom, presente all the essentials for a grand conflagration in her inflammable wooden houses elosely packed, her deficiënt water supply and inadequate force of firemen, and her situation in a ver; cave of Eolus. Nothing is wanted bu the careless smoker, or the boy addictec to fire-crackers, or the crazy stove-leg to lay a suburb in ashes. And as these things havo always been in Quebec, so doubtless they will also continue to be until the people learn the necessity o employing some cheaper and léss in flammable substance than pine boards in the construction of their dwellings,