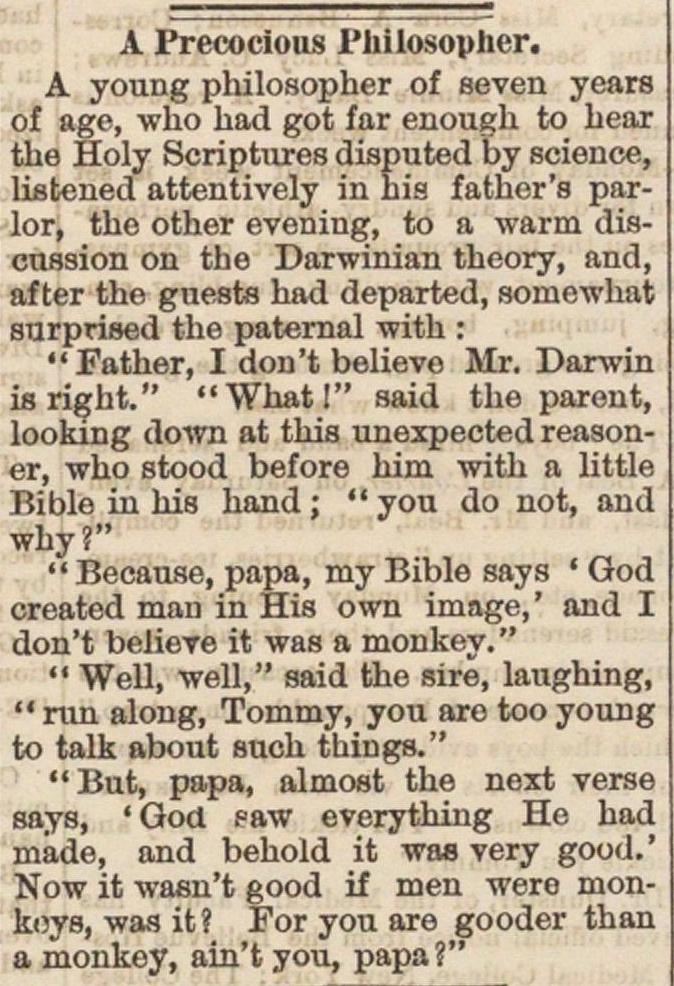 A young philosopher of seven years oí age, who liad got far enough to Lear the Holy Scriptures disputed by science, listened attentively in Lis father's parLor, the other evening, to a warm discussion on the Darwinian theory, and, af ter the guesta had departed, soinewhat surprised the paternal with : "Father, I don't believe Mr. Darwin is right." "Whatl" said the parent, looking down at this unexpected reasoner, who stood before him with a little Bible in his hand; " you do not, and why?" " Because, papa, my Bible says ' God created man in His own image,' and I don't beliere it was a monkey." " Well, well," said the sire, laughing, " run along, Tommy, yon aro too young to talk about such things." "But, papa, almost the next verse says, 'God paw everything He had made, and behold it was very good.' Now it wasn't good if men were monkoys, was it? For you are gooder than a monkey, ain't you, papa?"