A Burglar Swearing His Victim On The Bible 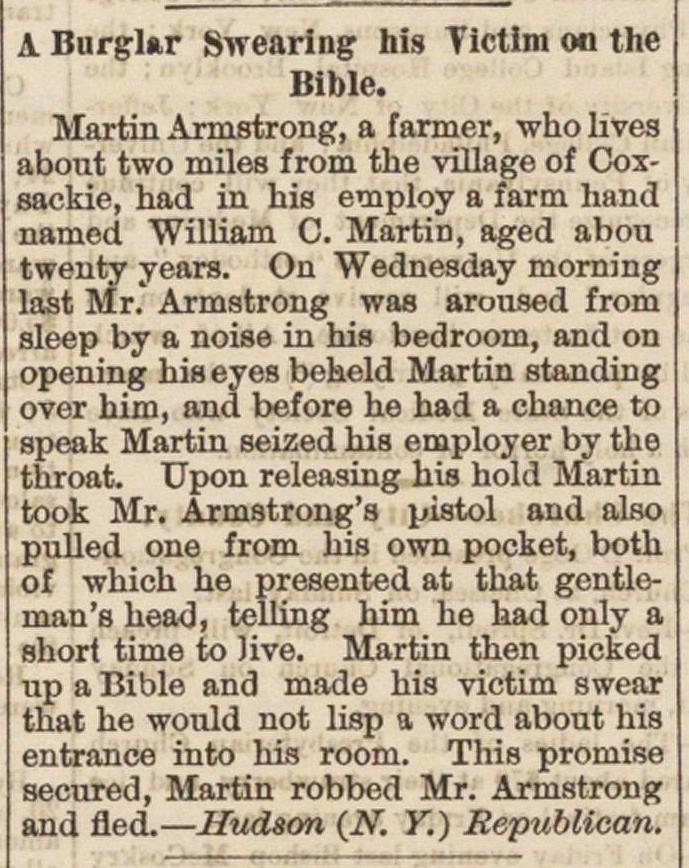 Martin Armstrong, a farmer, who líves about two miles from the village of Coxsackie, had in his employ a farm hand named William C. Martin, aged abou twenty years. On Wednesday morning last Mr. Armstrong was aroused from sleep by a noise in his bedroom, and on opening hiaeyes bekeld Martin standing over him, and bef ore he had a chance to speak Martin seized his employer by the throat. Upon releasing his hold Martin took Mr. Armstrong's fistol and also pulled one from his own pocket, both of which he presented at that gentleman's head, telling him he had only a short time to live. Martin then picked up a Bible and made his victim swear that he would not lisp a word about his entrance into his room. This promise secured, Martin robbed Mr. Armstrong and fled. - Hudaon (N. Y.) Republican.