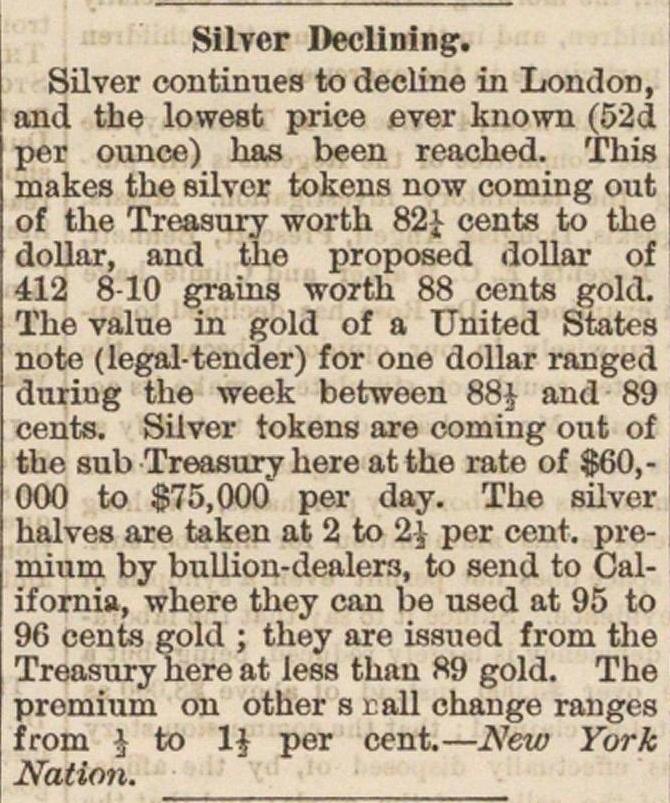 Silver continúes to decline in London, and the lowest price ever known (52d per ounce) has been reached. This makes the silvcr tokens now coming out of the Treasury worth 82L cents to the dollar, and the proposed dollar of 412 8-10 grains worth 88 cents gold. The value in gold of a United Statos note tender) for one dollar ranged duriug the week between 88J and 89 cents. Silver tokens are coming out of the sub Treasury here at the rate of $60,000 to $75,000' per day. The silvcr halves are taken at 2 to 2-i per cent. premium by dealere, to send to California, where they can be used at 95 to 96 cents gold ; they are issued from the Treasury here at less than 89 gold. The promium on other s rail change ranges from L to 1} per cent. - New York Nation.