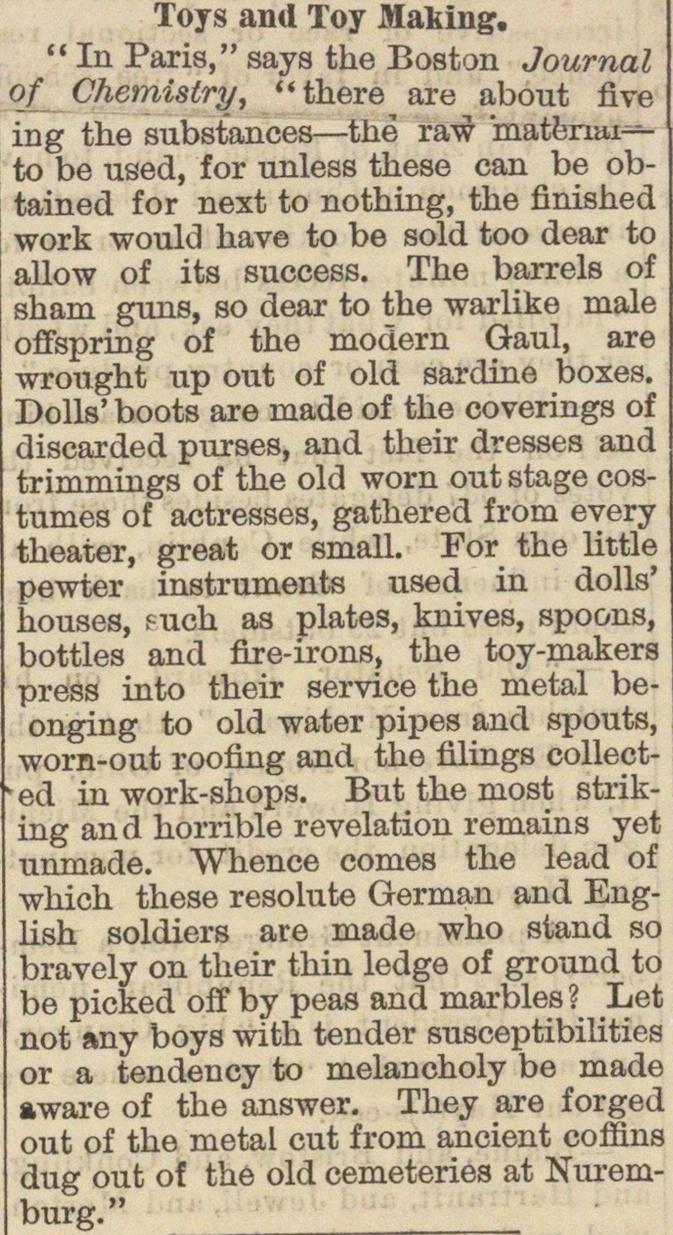 " In Paris," saya the Boston Journal of Chemistry, "there are about five ng the substances - thè raw ïnatenui- o be used, for unless these can be obained for next to nothing, the finished work would have to be sold too dear to allow of its success. The barrels of ham guns, so dear to the warlike male offspring of the modern Gaul, are wrought up out of old sardine boxes. Dolls' boots are made of the coverings of discarded purses, and their dresses and trimmings of the old worn out stage costumes of actresses, gathered from every theater, great or small. For the little pewter instruments used in dolls' houses, f-uch as plates, knives, spoons, bottles and fire-irons, the toy-makers press into their service the metal beonging to old water pipes and spouts, worn-out roofing and the filings collect ed in work-shops. But the most striking and horrible revelation remains yet unmade. Whence comes the lead of which these resolute Germán and English soldiers are made who stand so bravely on their thin ledge of ground to be picked off by peas and marbles? Let not any boys with tender susceptibilities or a tendency to melancholy be made aware of the answer. They are forged out of the metal cut from ancient coffins dug out of the old cemeteries at Nuremburg."